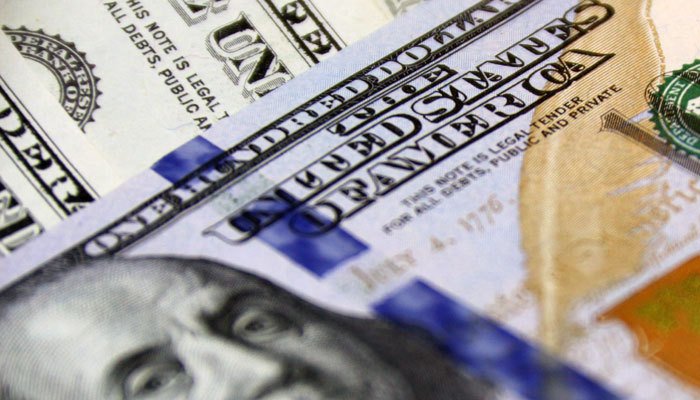 If you’re considering opening a cannabis store, you might be wondering how much money it can bring in. In this article, we will take a look at the costs associated with starting and operating a dispensary, the average income of a dispensary owner, and the expected growth in marijuana sales over the next few years.

Costs of running a dispensary

The cost of running a cannabis dispensary can be very high. This is because of the nature of the industry and the number of factors involved.

Dispensaries need to hire employees. They must pay for insurance, inventory, and other expenses. Moreover, they must maintain a security system. Depending on the size of the operation, payroll costs can be between $250 and $500 per employee.

Investing in a point of sale (POS) system is a wise move. It will help you track your product inventory. A good POS company like Cova will charge an average of $600 a month in operating fees.

Security is another key aspect of running a cannabis store. There are many cloud-based security companies that charge a monthly fee for monitoring. These companies will install cameras that meet compliance requirements.

Having a manned-gate and a security room are also necessary. An armed guard is estimated to cost about $70 an hour. Other features include door locks and safes to store products.

Depending on the jurisdiction and the type of cannabis business, these costs may vary. Some places have programs that cut the costs of applications and loans.

If you decide to remodel an existing building, you can expect to spend upwards of $350,000 to $1 million. Small dispensaries can cost between $350,000 and $500,000. Larger stores can cost up to several million dollars.

For a startup, you will need to invest at least $250,000 to get started. You will also have to purchase inventory and pay for the security system.

In addition, you will need a manager and budtenders. These workers will need to be properly trained. Nonprofessional employees can cause poor service, affect your branding, and possibly even lead to theft.

Cannabis sales are projected to surge in 2021, according to a new report from MJBizDaily. The report predicts that legal marijuana sales will increase by over 31%. It also projects that the industry will pump nearly $92 billion into the economy.

See also  What is the Most Important Thing in Growing Cannabis?

Marijuana is illegal federally, but a growing number of states have legalized recreational and medicinal use. Most of the states with legal cannabis laws range from California to Oregon and Alaska to Virginia.

Legal cannabis markets have created new jobs. Many of these jobs include manufacturing and distribution. Other jobs include professional budtenders and extractors. In addition to creating new jobs, the industry has helped boost local economies.

Currently, there are more than 9,000 active licenses for marijuana businesses in the U.S. These include manufacturers, retailers, distributors and test labs.

The estimated economic impact of the marijuana industry on the economy in 2021 is $92.4 billion. This is an increase of 31% from the $20 billion in sales expected in 2020.

These taxes fund the activities of the government in each state. For example, in Oregon, adult-use marijuana sales are taxed at 17%. Each dollar spent at a retail location generates two dollars and fifty cents in the local economy.

Gen Z is a major demographic group for the cannabis industry

Generation Z is the first generation to enter the legal adult-use cannabis market at an unprecedented rate. When they turn 21, they can legally purchase and use adult-use marijuana.

Gen Z is also the most tech savvy of all generations. This is the result of growing up in a time when consumer technology is changing at a rapid pace.

In order to reach Gen Z, marketers need to learn about their purchasing habits. They prefer to buy products that are fun and help them relieve stress.

Gen Zers are hyper-dependent on technology and don’t remember a time when they did not have access to the internet. It is not unusual for them to be found on social media, and they have high expectations for online shopping experiences.

See also  The Effects of Cannabis on the Brain-Gut Axis

These products are geared towards a young, social crowd. Their products are aimed at lowering stress and improving chronic pain.

Despite their age, Millennials and Gen Z make up almost 40 percent of the overall cannabis market. The market is expected to expand exponentially in the coming years.

There are a number of ways to market to this demographic. For example, you can use Facebook to inform them of new products and educate them about cannabis.

Colorado’s cannabis sales have been declining year over year

Marijuana sales in Colorado have been declining for a number of months. This is largely due to inflation and new legislation.

In July, the retail cannabis sector saw a decrease of 23 percent. A similar downturn has occurred in the medical marijuana industry.

Medical cannabis sales have decreased by 40% since January. And a new law limiting THC concentrates has also had a negative impact.

Cannabis taxes are expected to fall even further this fiscal year. That means that local government programs funded by these taxes will be more seriously affected. It could mean less money for schools and programs.

Last year, the marijuana industry brought in $31.5 million for the Public School Fund. But now, that could drop to $24.9 million.

Despite the fact that recreational and medical cannabis sales are still growing, it appears that the industry will see a significant decline in the future. Not only will the tax revenue be lower, but the industry will be expected to lay off more workers and close more dispensaries.

As a result, many in the marijuana industry are worried about the future of the industry. Some of these concerns include the possibility that more brands will disappear and the ability of medical patients to access medications.

See also  Is Cannabis a Good Investment in 2022?

The Denver-based trade association for the marijuana industry, the Marijuana Industry Group, is also concerned. “We are seeing a continued drop in marijuana sales, and this may lead to more closures in our state. Moreover, medical cannabis sales are now at their lowest level on record.”

In April, the Department of Revenue reported that marijuana sales in the state had reached $153 million. In June, that amount had dropped to $146 million. Overall, the marijuana industry in Colorado has seen a decline of 22 percent in sales from last year.

In the years following Canada’s legalization of cannabis, investors dumped billions of dollars into the industry. Many of the same companies received hundreds of millions of dollars in federal grants. Despite these benefactors, the cannabis industry’s total losses easily exceed 16 billion Canadian dollars.

The government’s stated case is that the “safe” approach to recreational cannabis is a government-regulated commercial system. That is a nice claim, but there is little evidence to support this assertion.

What’s more, it is unlikely that the cannabis industry would be subjected to any significant regulatory oversight. Instead, it is highly likely that the tobacco industry will find ways to exploit any gaps.

Another possible answer is a hybrid model. First, a small, not-for-profit authority with a true public health focus could be created. This model could be applied to Canada, and could also be used by other countries.

Second, the government could try a de facto approach, using its existing law to effectively decriminalize small amounts of cannabis. If this approach is successful, it could give the public and policy makers more time to consider the merits of legalization.

Finally, the government could also use its existing legislative mechanisms to prevent prosecutions for possession. But it is unlikely that the public would support such a move.

For the most part, the report’s findings are positive. It acknowledges the challenge of balancing three pressure points in a new emerging industry.