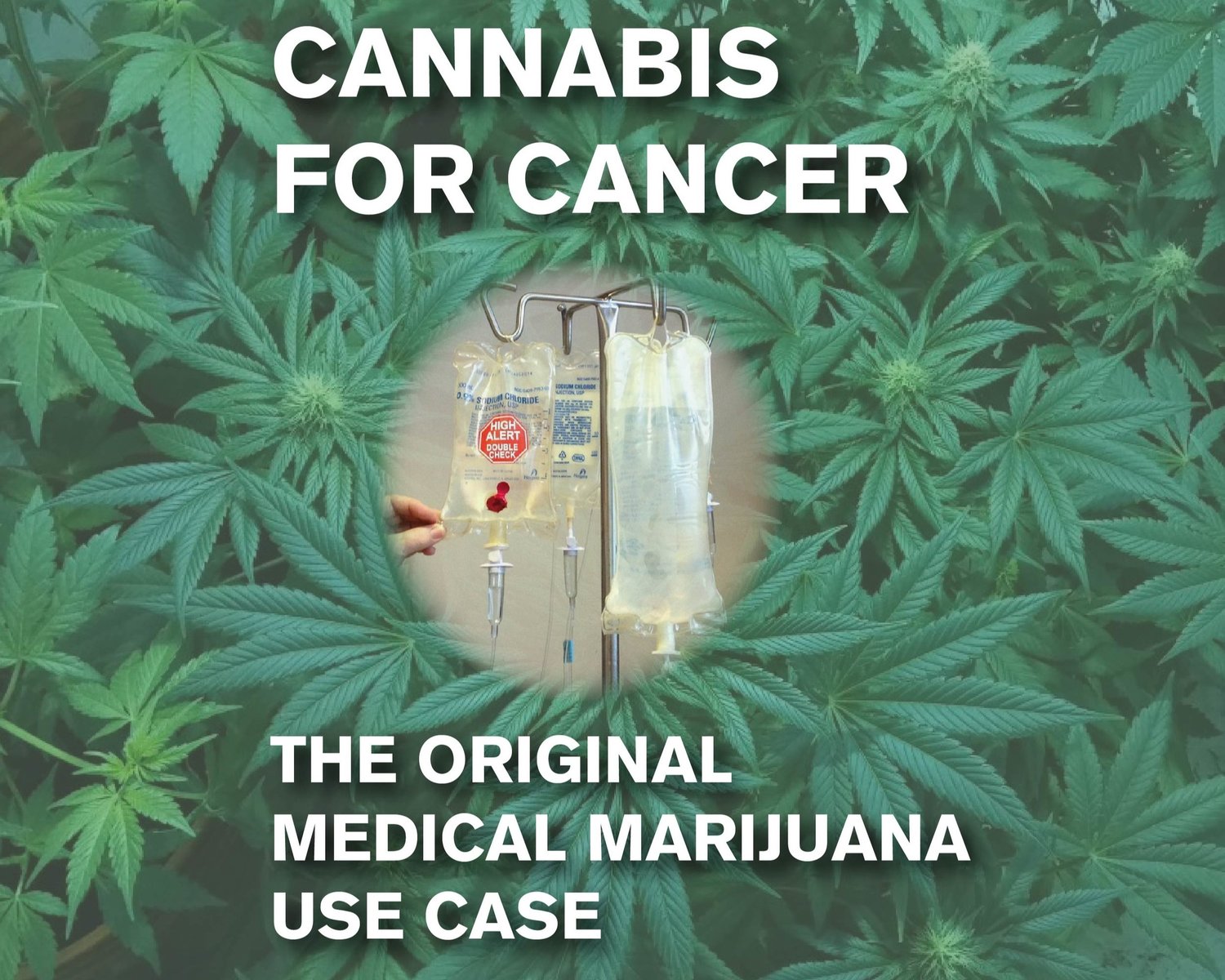 Marijuana is a great substance to consume, but there are a few common side effects that you should be aware of, especially if you are considering starting to use it. One of these is how it affects your appetite and weight.

Cannabinoids and the effects of cannabis on appetite and weight are the subject of a wide range of studies. Several clinical trials have shown that using marijuana may reduce obesity. However, the results are still debated and the evidence is mixed.

The endocannabinoid system has a major role in regulating food intake. Sugars and refined starches in the standard American diet can induce an imbalance in this system. It is possible that the overstimulation of CB1 receptors caused by these substances can lead to overeating and metabolism dysfunction.

In the context of a balanced, healthy diet, cannabinoids can have a significant impact on appetite. Several animal and human studies have demonstrated that CBD and THCv have been found to lower appetite and decrease calorie intake.

A recent study in the American Journal of Epidemiology showed that the prevalence of obesity decreased with regular use of marijuana. Over 50,000 respondents were examined and cannabis use was associated with lower obesity rates.

Studies have also shown that marijuana use can reduce muscle spasms. These findings have stimulated research into the therapeutic potential of cannabinoids. They have been investigated to determine whether or not cannabinoids can be used as treatments for diabetes and obesity.

As well as reducing stress, cannabinoids can also reduce the amount of calories consumed. In lab rats, they found that cannabis vapor exposure had a direct effect on the hypothalamus and basal ganglia, enhancing the palatability of foods.

While there are no long-term studies on the use of cannabis to treat obesity, there have been several short-term studies that have reported a reduction in appetite. Other studies have shown that a higher intake of sweet snack food can be associated with use of marijuana.

The effects of cannabis on appetite and weight are still unclear. There are conflicting reports, with some studies pointing to anorexic effects and others showing no such relationship. While it is still too early to say that cannabis promotes weight loss, it may also increase the body’s ability to burn calories and store energy.

See also  What Cannabis Product Sells the Most?

Cannabinoids in the plant interact with CB1 receptors in the body. These receptors are important for regulating food intake. Chronic overstimulation of these receptors contributes to obesity.

Research has shown that THC, one of the active ingredients in cannabis, binds directly with these receptors and inhibits CB1 function. This can cause a surge in the production of the hunger hormone ghrelin. Ghrelin signals the brain to look for food.

It has been shown in some studies that people who smoke marijuana consume fewer calories than non-users. Although no definitive proof exists, it is believed that consuming more cannabis leads to a reduction in alcohol and junk food consumption.

Some researchers believe that cannabis can help control stress and reduce stress eating. They propose that it has the potential to ease anxiety and improve sleep, both of which lead to a healthier metabolic state.

In addition, some research suggests that the endocannabinoid system plays a role in appetite and metabolism. Studies show that a high omega-6/omega-3 ratio can trigger the CB1 receptors to overstimulate, resulting in a sluggish metabolism and increased hunger.

Cannabis can suppress the craving for comfort food, and may also increase the amount of energy a person stores. However, it is important to remember that there are many factors that contribute to weight gain, such as a poor diet and a lack of sleep.

A recent systematic review of the available evidence aimed to assess the impact of cannabinoids on appetite and weight. Most of the research was performed using chemical analogs of CBD. This is because there are many derivates of the compound.

In general, the impact of CBD on your appetite and your weight depends on the dose and how you use it. For example, CBD can make you feel fuller, which might help you avoid consuming high-calorie foods that you may not need. Similarly, it can also reduce muscle tension. Lastly, CBD can also improve your sleep.

Studies of the effects of CBD on appetite have been mixed. Some studies have reported an increase in fullness, while others have shown a small effect. As a result, more studies are needed.

While there are no conclusive studies of the effect of CBD on appetite and weight, several clinical trials have reported an increased level of fullness and decreased hunger. Researchers speculate that this is largely due to the cannabinoid’s effect on metabolism.

CBD has shown promise in the treatment of a variety of conditions, including autoimmune diseases, cancer, and neurodegenerative disorders. It can also help alleviate stress, anxiety, and depression.

Although it is a common misconception that marijuana users have higher BMIs, it is a fact that they have lower BMIs. This is a result of the compound THC present in cannabis. The high doses of this substance boost the body’s metabolism and can reduce the storage of body fat.

There are several studies that demonstrate this. In one study, the number of calories consumed daily by male and female marijuana users was about three percent less than non-users. However, this did not necessarily mean that they were slimmer.

It may be that marijuana can help relieve pain and stress, reduce anxiety, improve sleep and regulate the body’s metabolic rate. These are all good reasons to use the herb. But some researchers say that it’s not as effective a weight loss strategy as you might think.

While the effects of marijuana on the BMI were statistically significant, the study did not explore the impact of other factors, such as the frequency of use or gender. Some researchers speculate that marijuana may be a good weight loss agent for younger people.

Another study investigated the effects of marijuana on waist circumference. They found that there was a positive correlation between cannabis and waist size.

A review published in the American Journal of Epidemiology examined the relationship between marijuana use and obesity. Researchers analyzed data from over 50,000 participants.

The study was done in conjunction with the 20th Annual International Meeting of the Society for Pharmacoeconomics and Outcomes (ISPOR). Several experts congratulated researchers on their findings.

Common side effects of smoking weed

One of the common side effects of smoking cannabis is an increase in appetite. This is believed to be because of the cannabinoid THC.

The drug may also have a positive effect on weight loss. Although studies on cannabis and obesity are conflicting, they do point to a link.

Studies are also finding that the consumption of cannabis helps ease pain. It’s thought that the cannabinoid may lower the intensity of shooting pain caused by nerve damage.

However, smoking cannabis can also increase your risk of cardiovascular problems, such as stroke and heart attack. As such, you should be careful to avoid using cannabis if you’re already suffering from these conditions.

Another potential side effect of marijuana is lowered appetite. This can be due to the presence of the cannabinoid dronabinol. In addition, the substance may reduce blood sugar spikes that contribute to cravings and weight gain.

Chronic cannabis use can lead to addiction. Several studies have shown that people who use weed for long periods of time are more likely to develop psychiatric disorders.

Some experts believe that marijuana could help replace stress eating, as it can calm people down. Marijuana users may be prone to craving foods high in carbohydrates and fats.

Smoking cannabis can have negative effects on the immune system. It may also reduce blood flow to the optic nerve. It has also been linked to increased risks of depression, psychosis, and schizophrenia.

In addition, smokers may suffer from lower respiratory tract infections and chronic bronchitis. Researchers are still studying the long-term effects of cannabis.

According to the National Institute on Drug Abuse, up to 30 percent of individuals who use marijuana have a dependence on the drug.