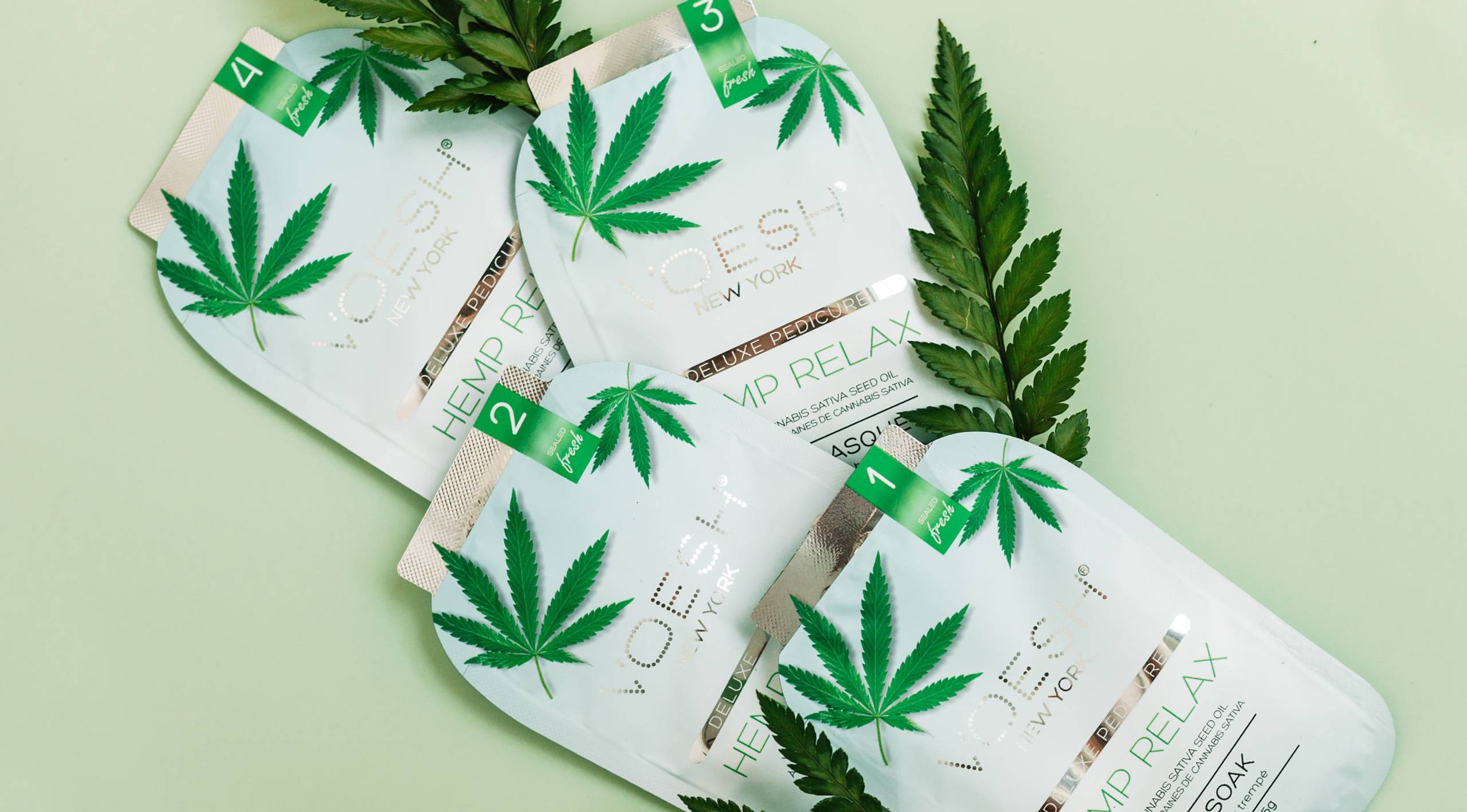 If you have read a lot about the potential medical uses of cannabis, you may have wondered how cannabis affects the integumentary system. While it is not entirely clear how cannabis affects the body’s internal systems, there is good evidence that it does have an effect on the skin. As an antioxidant, it protects the skin from UV light and reduces the formation of comedones. It also inhibits the production of sebum.

Antioxidants in cannabis protect your skin from UV light

If you are a regular marijuana user, then you probably already know that it has antibacterial, antifungal and antioxidant properties. The cannabis plant is also creating compounds that may help protect your skin from harmful UV light.

For instance, research suggests that CBD can boost the production of TrxR, the thioredoxin reductase that plays a key role in protecting your body from oxidative stress. In fact, it has been found that cannabidiol can prevent the formation of 4-HNE-TrxR adducts, which are a major cause of antioxidant depletion in the human body.

But does that mean that cannabis is safe for use? While it is a well known fact that CBD has some beneficial effects on your skin, the mechanism by which it does so remains unknown. Researchers are still investigating the long-term effects of CBD on epidermal cells.

A recent study found that CBD is an effective protector of the skin from UVA and UVB irradiation. This means that it can help your body defend itself from inflammatory conditions such as acne and other common skin ailments. However, the effect of CBD on your skin is likely to vary depending on the culture model used.

Earlier studies also show that CBD is an excellent protector of cellular processes that occur in the inner lining of your skin. One study showed that a topical application of CBD in hydrophilic petrolatum reduced the occurrence of an irritation reaction. Another study shows that CBD can decrease the production of sebum, the waxy oily substance produced by your skin.

These findings suggest that cannabis might be a promising treatment for acne scars. Moreover, it might have antibacterial and antifungal properties.

See also  Will Cannabis Seeds Germinate on Top of Soil?

You should also consider that you can apply CBD directly to your skin. Various topical products that contain CBD are available on the market.

Cannabinoids are a group of molecules that have been found to reduce swelling in tissues. These compounds are thought to be effective in reducing the swelling caused by various inflammatory conditions. They are also thought to be beneficial in conditions such as cancer, epilepsy, and sleep disorders.

Cannabinoids are metabolized by the hepatic cytochrome P450 enzyme system. This explains their low gastrointestinal permeability. Also, they have a short half-life of 1-3 days. However, their high lipophilicity makes them suitable candidates for nanotechnology-based drug delivery systems.

The absorption of cannabinoids is dependent on several factors. In general, oral cannabinoid administration results in low bioavailability. Moreover, they are slow to be absorbed into the bloodstream, so abrupt cessation of treatment is unlikely to result in a rapid decline in plasma concentrations.

A more modern pharmaceutical approach to cannabinoid administration might involve development of quality controlled extracts and studies to determine dosage regimens to achieve optimal therapeutic effect. However, cannabinoids may have limited clinical applications due to the adverse effects they may have.

Chronic neuropathic pain syndromes have complex symptoms. Current treatments focus on decreasing flare-ups of symptoms and reducing the risk of damage to vital organs. For these reasons, some clinical guidelines suggest cannabinoids as a third or fourth-line treatment for these patients.

There are a number of products based on cannabinoids available on the market. Some are inhaled, others are taken orally, and still others are applied to the skin. Lenabasum is a synthetic cannabinoid molecule that was designed to be a potent anti-inflammatory agent. It has been used to treat dermatomyositis.

A Cochrane meta-analysis of cannabinoids evaluated 23 randomized clinical trials. The analysis found that cannabinoids were significantly more likely to provide benefits than placebo.

Cannabinoids inhibit the formation of comedones and the production of sebum

Cannabinoids are a class of compounds that may have a therapeutic role in many dermatological conditions. These compounds work through receptors called transient receptor potential (TRP) receptors. TRP receptors are responsible for the formation of a skin barrier, cell growth, and gene expression. Phytocannabinoids are compounds derived from plants. They have been shown to be a potential therapy for various inflammatory disorders, including atopic dermatitis and epidermolysis bullosa.

Sebocytes are cells that produce sebum, which contributes to the lipid barrier of the skin and functions mainly as a lubricant. Sebocytes also play a key role in shaping cutaneous immune responses. In response to stimuli, sebocytes express multiple cannabinoid receptors. When activated, these receptors decrease the production of pro-inflammatory cytokines and chemokines. Also, keratinocytes that produce keratin are able to undergo apoptosis, and this process is reduced in response to cannabinoids.

Many dermatologists have become interested in prescribing cannabinoids for their patients with skin diseases. Topicals are commonly used in this setting. However, these are only applied to the skin and have little or no systemic absorption. Because of this, they may have a limited effect on the systemic properties of cannabinoids.

In recent years, the medical potential of cannabinoids for human disease has received increased attention. The endocannabinoid system is a key regulator of various homeostatic processes. It also plays an important role in skin health.

Recent scientific evidence ascribes anti-inflammatory, antioxidant and neuroprotective effects to cannabis. Studies examining its therapeutic potential for psychiatric disorders are limited and clinical trials are ongoing. However, several positive studies have been reported, supporting the use of cannabinoids for anxiety, pain, post-traumatic stress disorder and schizophrenia.

Clinical studies have reported a variety of side effects from cannabinoids, including drowsiness, fatigue, nausea, dry mouth and co-ordination problems. As a result, clinicians must be aware of possible prescriptive considerations. Nevertheless, the safety profile of cannabinoids is generally favorable.

Cannabinoids act as agonists at a number of targets, which may enhance their clinical effectiveness. These agonists have a broad range of pharmacokinetic properties, which could make them suitable for the treatment of epilepsy and other neurologic diseases. They also activate multiple cell signaling pathways.

Currently, there is limited evidence for the use of cannabinoids for the treatment of appetite in HIV/AIDS patients. Moreover, there is not enough data on its therapeutic effects in wound healing. Consequently, further research is needed to better understand its use in these situations.

The endocannabinoid systems of humans and animals is known to regulate skin homeostasis. This endocannabinoid system plays a critical role in the regulation of hair growth, barrier formation, barrier repair and epidermal differentiation. Topical cannabinoids have been shown to inhibit overactive keratinocyte proliferation. They may also affect the inflammatory microenvironment.

The endocannabinoid receptors are located on a variety of cells in the body. Some are classical (CB1 and CB2), while others are nonclassic. Depending on the receptor, cannabinoids have either agonism or agonistic activities. There are more than 140 known phytocannabinoids.

A few cannabinoids have demonstrated beneficial effects in the treatment of cancer. These include CBC, which stimulates adenosine A1 and CB1 receptors, and AEA, which has been reported to suppress the growth of colon and breast cancer.