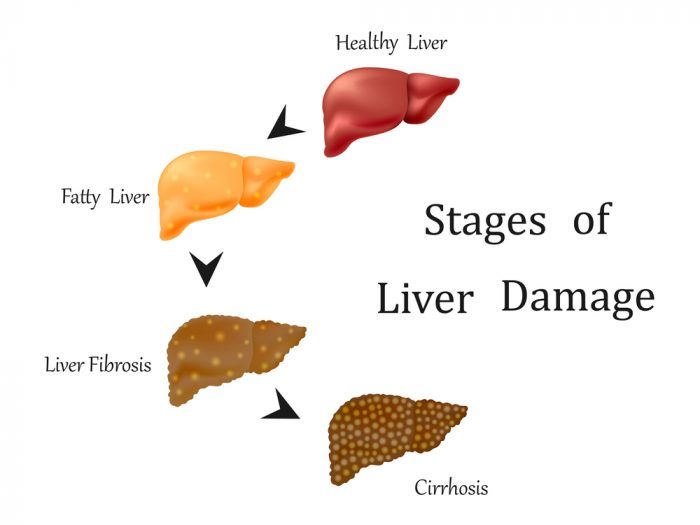 If you are interested in learning more about the effects of cannabis on the liver, then you are in the right place. In this article we are going to explore some of the main issues that are associated with the use of this herb. Some of the problems that are linked with the use of CBD include Hepatitis C virus, Cirrhosis, and liver toxicity.

The liver is a key organ in a person’s body and plays a number of vital functions. In addition to filtering out harmful substances, it also helps to fight infection. However, cirrhosis can make a person more susceptible to infections. It may also lead to a loss of weight, cognitive impairment, and difficulty concentrating.

In the United States, there are approximately 31,000 people who die each year from cirrhosis. Cirrhosis is caused by several different causes, including alcohol and autoimmune hepatitis. Other etiologies include viral diseases, such as HCV, as well as vascular abnormalities.

Despite recent advances in the medical field, there is still much research needed to fully understand the relationship between cannabis use and hepatic decompensation. Current studies examine the impact of cannabis on healthcare utilization, mortality, and patient outcomes.

In the United States, the use of cannabis for medicinal purposes has increased. As a result, more states have allowed physicians to prescribe it for cancer and other conditions. Medical marijuana has also been found to improve sleep, reduce inflammation, and treat pain.

Researchers have recently conducted a study to evaluate the effect of cannabis on cirrhosis. Results showed that alcoholic cirrhosis and fatty liver disease were reduced among patients who used the drug. Additionally, cannabis users had lower risks of hepatorenal syndrome.

Previous studies have provided conflicting results on the impact of cannabis on cirrhosis. A retrospective analysis of patients from Colorado and Washington who were admitted for hepatic decompensation after legalization of marijuana for recreational and medicinal use was conducted.

To evaluate the impact of cannabis on patient outcomes, multivariable regression models were run. These models were adjusted for gender, race, age, and etiology of cirrhosis. They were also adjusted for the Elixhauser comorbidity score.

Hepatitis C is a common viral infection that infects around four million people in the United States. The virus affects the liver, which is the largest organ in the body. It causes inflammation of the liver and can lead to cirrhosis, a form of chronic liver disease. Symptoms of hepatitis C may be sporadic, meaning that they may not appear for years.

See also  The Potential of Cannabis As a Treatment For Osteoarthritis

Cannabis is often used to treat other liver diseases. Recent studies have shown that it can reduce the symptoms of hepatitis C. However, more research is needed to determine its effect on the condition.

Research has also linked cannabis with the development of hepatitis. It has been found that marijuana decreases the amount of liver fat.

There are still many studies to be done in order to fully understand the relationship between cannabis and the human liver. Longitudinal studies are still underway to better assess the effects of the drug on patients who have been cured of the virus.

A case report from an American gastroenterologist at St. Joseph’s Hospital in Orange, California, suggests that medical marijuana can be helpful in treating the symptoms of hepatitis C. In fact, the study shows that cannabis users are less likely to develop liver cirrhosis than non-users.

In addition to the positive effects of cannabis on the treatment of hepatitis, it may help alleviate the negative side effects associated with hepatitis C. For example, cannabis can help manage nausea and pain.

The effects of cannabis on the liver have been the subject of numerous studies. Currently, research is underway to evaluate the impact of cannabis on the health care utilization, mortality, and hepatic decompensation of patients with cirrhosis. This research may also help to better understand the role of the endocannabinoid system in chronic liver diseases (CLDs).

Early observational studies indicate that regular use of cannabis increases steatosis and fibrosis, and reduces hepatic encephalopathy. Cannabis is believed to be a potential therapeutic agent in NAFLD, as it has anti-inflammatory properties. However, the exact mechanisms of these effects remain unclear.

A recent clinical trial is investigating the use of the drug Rifaximin to reduce cirrhosis complications. It is currently in phase four.

Researchers have found that heavy users of cannabis have benefited the most from the anti-inflammatory properties. This may be because these individuals take more regulated doses. While the long term effects of cannabis are still unclear, researchers suggest that further studies are needed to find precise ways to treat hepatitis.

Alcoholic liver disease has been associated with increased levels of hepatic steatosis. Regular alcohol use has been shown to increase the level of NLRP3 inflammasome, which causes proinflammatory cytokines to be released into the liver. In contrast, the activation of the CB2 receptors in alcoholic fatty liver leads to improved inflammation, reduced steatosis, and hepatic fibrosis.

A study from the State Inpatient Database analyzed data from patients in Colorado and Washington in 2011. They used the records of patients with cirrhosis and cannabis history. Using these data, they examined the admission rates for hepatic decompensation in these patients.

Multivariable regression models were used to analyze the effect of cannabis on patient outcomes. These models adjusted for age, gender, Elixhauser comorbidity score, and time period.

CBD can cause liver toxicity

CBD has become a popular medicinal remedy for a number of different conditions, but if used at excessive levels, it can be harmful to the liver. This is due to the fact that it can interfere with the metabolism of other drugs.

While the potential of CBD to interact with other medications is interesting, the FDA still doesn’t know for sure what interactions are possible. So, if you’re considering using CBD, it’s best to consult your doctor. They can provide personalized medical advice and tell you if it’s safe to take CBD alongside other medication.

A study at the University of Arkansas found that CBD can cause hepatotoxicity in mice. However, this hasn’t been studied in humans, and researchers don’t know what effect it has on the endocannabinoid system.

The World Health Organization recently published a critical review of CBD, and the report indicates that it is generally safe for human consumption. Despite this, researchers are still studying the effects of CBD on the endocannabinoid systems.

The endocannabinoid system is a network of cell signaling systems that regulates a variety of functions in the body, including appetite, pain, sleep, memory and stress. It also plays a role in regulating the body’s oxidative stress levels.

CBD is metabolized by the same enzyme system as pharmaceuticals, which means that it can interact with other medications. Some studies indicate that CBD can also reduce inflammation.

See also  The Impact of Cannabis on Heart Health

Although it’s not clear what the side effects of CBD are, one study suggests that it can boost the sensitivity of glycine receptors, a common target for neuropathic pain.

Several preclinical studies have been conducted on animal subjects, but the effects of CBD on humans have not been extensively researched. Currently, most CBD products are sold as supplements. If you want to consume it, make sure you’re getting it from a legal hemp plant.

Cannabis has been shown to influence many different systems in the body. It has been linked to digestive disorders and central nervous system disorders. For instance, it can affect the endocannabinoid system.

The endocannabinoid system is a potential therapeutic target for liver disease. However, the study is still in its early stages and more research is needed.

Liver metabolism is mainly regulated by the cytochrome P450 (CYP) family of enzymes. These enzymes help the liver eliminate 70 percent of the most commonly prescribed drugs. Several drugs interact with the CYP enzymes and inhibit their activity. This can result in increased drug-drug interactions.

A major cannabinoid, tetrahydrocannabinol (THC), interacts with two of the most common enzymes in the liver, UGT1A9 and UGT2B7. While these enzymes are not commonly associated with cannabinoids, they do appear to be impacted by them.

In contrast, cannabis has been shown to have positive effects on the hepatic function of a subpopulation of patients with chronic hepatitis C virus (HCV). Although there have been some concerns about the use of cannabis in these patients, the hepatic response to treatment has been improved and virologic outcomes have been improved.

Cannabis can affect the hepatic enzymes that control glucuronidation, a process that facilitates the final excretion of medications. The hepatic glucuronidation system is also a major component of the cytochrome 450 system.

Another potential benefit of cannabis is its ability to alter the fibrosis and steatotic response of the liver in HCV patients. However, the role of cannabis in hepatic fibrosis is not well understood.

While research has found that cannabis use does not negatively impact hepatic function, it may increase the risk of hepatic steatosis in patients with HCV. Considering this, it is recommended to start with low doses of THC and titrate to achieve the desired effects.