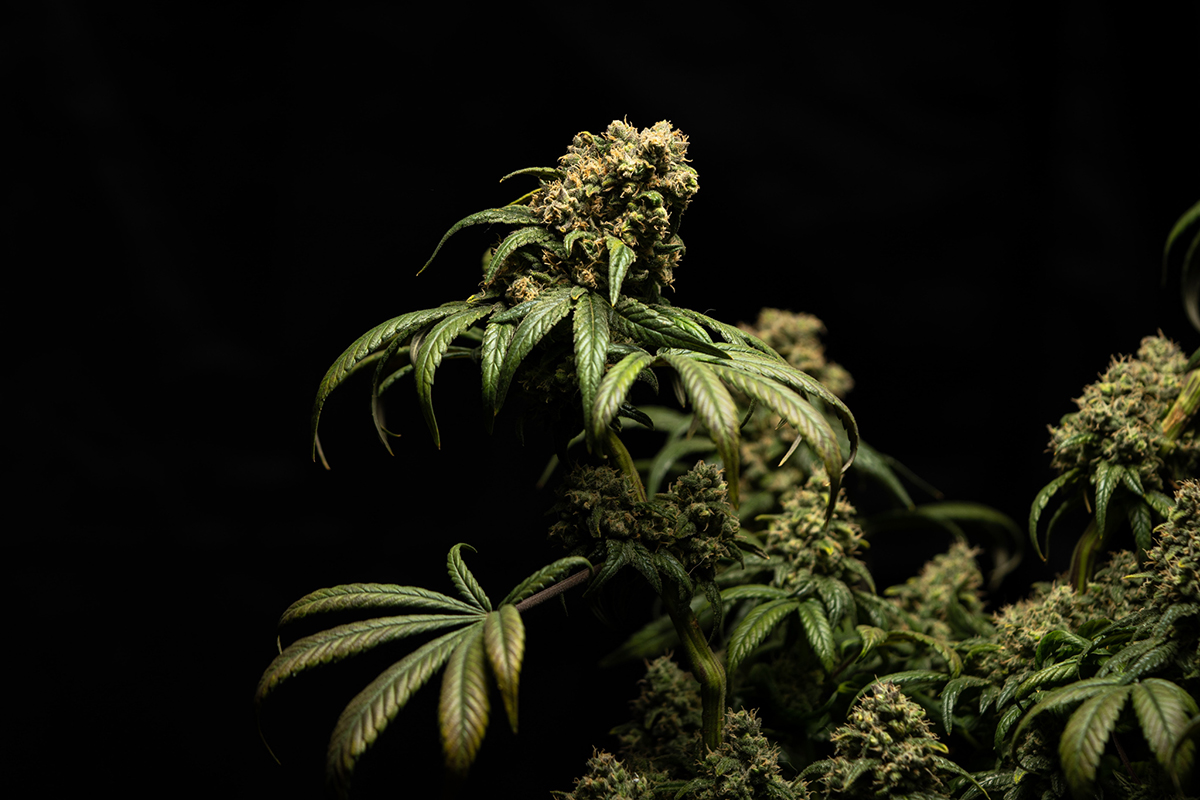 If you’re looking to learn about the history and origins of cannabis, you have come to the right place. From Jacques-Joseph Moreau de Tours to John O’Shaughnessy, you’ll find some amazing facts about this substance. You’ll also find a few tidbits about its reluctance to grow in the modern world, as well as the anti-marijuana sentiments of the past.

While Jacques-Jacques Moreau de Tours was a French psychiatrist, he was also interested in the psychological effects of hashish. He conducted research to learn the effects of hashish on the mind and its potential to cure mental illnesses.

A few years after his experiments, he wrote a piece about his experience with hashish. His work was published in the magazine Revue des Deux Mondes. In the article, he described a club of literary figures who met in the Hotel Pimodan to share their experiences.

The Hashish Club was a group of writers, poets, and artists who took part in a series of experiments conducted by Jacques-Jacques Moreau de Tours. They gathered at the hotel Pimodan on the Ile Saint-Louis in Paris. One of the members was the photographer Nadar. Another was the balloonist Felix Tournachon.

Moreau’s experiment with hashish led him to the theory that all forms of mental illness were caused by manic excitement. According to his theory, there are two modes of existence: communication with the external world and the internal reflection of one’s self.

Moreau found that a small dose of hashish caused euphoria and calmness. However, a larger dose distorted time sense and led to ideas and dreams. He believed that it was important to observe the drug’s effects on people objectively.

Several European doctors and scientists became intrigued by the therapeutic properties of hashish. Louis Aubert-Roche, a friend of Moreau’s, was one of these researchers.

Louis Aubert-Roche introduced more European doctors and scientists to the medicinal uses of cannabis. He was also a doctor who spent part of his career in Egypt.

See also  The Impact of Cannabis on Skin Health

Jacques-Jacques Moreau de Tours grew up in Paris. He became interested in hashish after his trip to the Orient. As a doctor, he believed that it could cure psychosis.

Moreau also conducted experiments on himself, hoping to gain a better understanding of the effects of hashish. He enlisted the help of volunteers to observe the drug’s effects. This led him to discover a chemical change in the nervous system.

Eventually, he published a book based on his research on hashish and psychoanalysis. It was 439 pages long.

William Brooke O’Shaughnessy, a Scottish physician and polymath, made a number of important observations about cannabis. He reported on his findings, and provided a history of its medicinal use in India. Those reports are often considered to be the foundation of modern cannabis therapeutics.

A thirty-year-old physician in India in 1839, O’Shaughnessy was contacted by parents of a baby girl suffering from convulsive paroxysms. They wanted to know if cannabis could be used to relieve her symptoms.

O’Shaughnessy’s report was a 40-page manuscript. It outlined his observations on cannabis, the history of its products in the East, and the effects it had on the animal system.

The manuscript was heavily influenced by local knowledge. For example, O’Shaughnessy noted the importance of the resinous secretion in the effects of cannabis. Moreover, he stressed the use of hypodermic morphia.

One of his conclusions was that cannabis was useful in treating neuralgias. Another was that it helped alleviate headaches and choreamic muscle spasms. However, he was skeptical of its value in chronic epilepsy. In addition, he felt that it was of uncertain benefit in alcoholic delirium.

Although his observations were not conclusive, they are important in showing that cannabis was a potential medical treatment. His research was exhaustive. In fact, he observed indigenous doctors using cannabis to treat illnesses.

During his time in Calcutta, O’Shaughnessy began to study the effects of cannabis on animals. He treated a number of patients with it. Some had no ill effects, while others showed complete relief from symptoms after taking a tincture.

See also  Is it Illegal to Possess Cannabis Seeds in the UK?

He wrote about the therapeutic properties of cannabis, and he studied the religious and recreational aspects of marijuana use. He cited Silvestre de Sacy’s chapter on the topic.

In the 1890s, he summed up thirty years of clinical experience with cannabis. He found it useful in senile insomnia and pain due to senile rheumatism, as well as in migraine headaches. Nevertheless, he felt that it was of no use in joint pains.

Marijuana clubs were tolerated by the authorities

A handful of municipalities in the southern Netherlands have implemented the cannabis cafe ban. The one that caught our eye was the city of Maastricht, a quaint but quaint port city located at the mouth of the Dutch waterway. Its most recent incarnation has been an unpopular, misguided and unpopular decision by a local authority, that is the municipal council. However, it is not impossible to find coffeeshops and their ilk in other jurisdictions.

In the era of legalization, the Dutch government is in no hurry to tame its many unruly cannabis consumers. As such, the coffeeshop biz has been thriving to the tune of millions of dollars. Not to mention the millions of smacks and gobs of cash poured into the coffers of cannabis industry insiders. Among other things, the coffeeshop biz is a veritable gold mine for the nation’s most prolific pot growers. Some of them are tasked with a myriad of tasks, ranging from acquainting the nation’s most notorious potheads with the nuances of shady cultivation to educating the locals on the nitty gritty of running a cannabis enterprise.

On a more personal note, the heydays of the marijuana era have passed us by. Fortunately, there are plans in the works to put the weed in good hands. With the right incentives, it is conceivable that the Netherlands may soon be home to some of the finest legal cannabis on the planet.

The history and origins of cannabis and anti-marijuana sentiment in the United States are largely rooted in racism and bigotry. A racialized war on drugs sparked a long series of prohibitions. Many of these laws were aimed at controlling the immigrant population. Anti-immigrant fear played a major role in creating the first marijuana laws.

See also  The Effects of Cannabis on the Intugumentary System

In the mid-1960s, a cultural shift occurred in the American public’s attitude towards marijuana. Laws that criminalized marijuana became obsolete. At the same time, a plethora of scientific journals published hundreds of articles citing its therapeutic benefits.

President Lyndon Johnson and John Kennedy commissioned studies about the effects of marijuana use. Reports concluded that use did not lead to violence, and that it did not cause users to take larger amounts of heavier drugs. However, this research was ignored by President Nixon, who continued to prosecute drug offenders under mandatory sentences.

This resentment against Mexican immigrants grew in the 1930s during the Great Depression. It also increased public fears of minorities. For example, white South Africans feared that the indentured Indian farmworkers posed a threat to their civil order.

The racist rhetoric of the Anslinger era and the propaganda campaigns of the Federal Bureau of Narcotics created a stereotypical picture of marijuana users, including African Americans and Hispanics. The media fuelled this hysteria with frightful headlines, such as Loco weed cultivated in cigarettes.

Prohibition activists hoped to connect marijuana use with dangerous side effects, such as crime and violence. They also viewed the plant as a heretical challenge to social and religious order.

The Spanish word for marijuana, marihuana, was also used. Eventually, the word was replaced with cannabis in the English lexicon.

In the early 19th century, the British government regulated the sale and cultivation of marijuana. Eli Lilly and Bristol-Myers Squib, two pharmaceutical companies, were among those who used cannabis in their medicines. But the government was short on funds and argued against the legalization of marijuana.

Although a number of states passed marijuana prohibition laws in the 1920s and 1930s, the majority of states still allowed the recreational use of marijuana. By the late 1960s, the federal government’s attitude toward the drug was radically shifted.