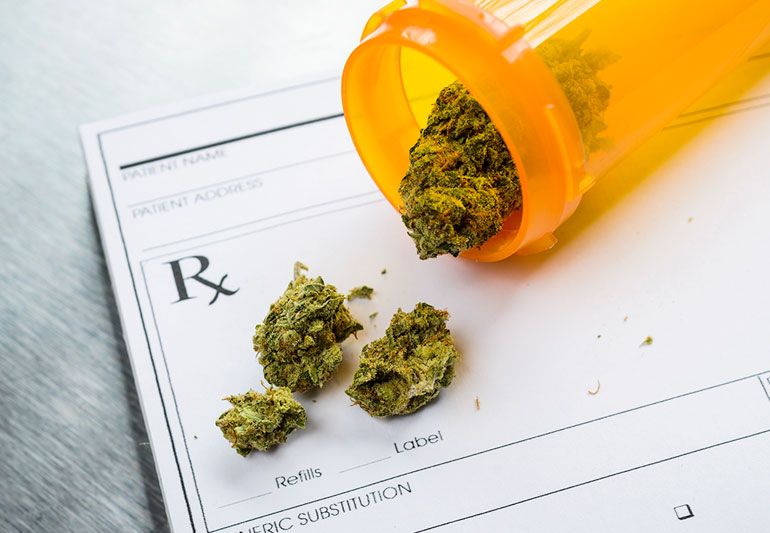 The use of cannabis as a pain management tool can be helpful in treating chronic pain as well as acutely evoked pain. Smoked marijuana has been shown to help relieve heat-induced pain, and topical cannabinoid products are safe to use several times a day.

There is very limited evidence to support the use of cannabis to treat chronic pain. Evidence is largely anecdotal and lacks methodologically rigorous studies. As a result, physicians must consider cautionary considerations when prescribing cannabis.

Two recent reviews of scientific evidence provide a clearer picture of the research to date. One review reviewed the scientific literature on medicinal cannabis, while another analyzed the biological and clinical effects of cannabinoids on a variety of indications.

A separate study, conducted in Australia, looked at the impact of recreational marijuana on pain. It found that cannabis use did not significantly reduce pain symptoms, though it did reduce the average pain intensity of participants over a year.

Another, smaller study evaluated the use of cannabis for treatment of cancer pain. It found that cannabis use reduced the use of opioids by about 64 percent. Additionally, cannabis use increased quality of life for patients.

Finally, a review of medical marijuana by the National Academies of Sciences, Engineering, and Medicine examined the effects of cannabinoids on varying types of pain. Despite its low certainty, the evidence suggests that cannabinoids are a promising alternative to opioids. However, further studies are needed to determine the exact dose and delivery mechanism required to achieve effective pain reduction.

Limitations of a pilot study

There is a growing interest in the medicinal properties of cannabis. A variety of studies have been conducted to assess its efficacy and safety. Although there is some evidence to support the use of marijuana for pain management, further research is necessary to determine its optimal dosages and route of administration.

In a recent study, investigators looked at the effects of cannabis on pain. They assessed the use of cannabis in a sample of patients who were treated at four trauma centers. This pilot study investigated the association between pre-injury marijuana use and the pain response.

Pain scores were scored in a 0 to 10 scale. Scores of >=5 on the 0 to 10 scale indicate pain that is severe. Users of marijuana reported higher pain scores than non-users. Compared to the same group of participants who did not use marijuana, the marijuana group used more opioid analgesics and experienced a greater degree of pain. However, these differences did not reach statistical significance in most studies.

The results of this study suggest that using marijuana during acute pain management may be beneficial. In addition, the data may help clinicians to recognize patients who are at risk for suboptimal pain management.

This pilot study is the first of its kind to investigate the use of marijuana for pain management. It is important to note that the findings of this study should not be interpreted too broadly.

The use of non-allopathic pharmacological approaches (NPMs) is an alternative approach to pain management. NPMs target the complex nature of chronic pain and promote patient self-management. They are useful for both acute and malignant pain.

Pain is a complex condition, characterized by a range of biological, psychological, social, and spiritual factors. It is a public health challenge that affects millions of Americans. To treat it effectively, healthcare professionals should work with patients to understand the underlying causes of pain and develop a multi-modal approach.

In addition, a non-allopathic approach can be helpful when chronic pain is resistant to conventional pharmacological therapies. Analgesic tolerance can be a factor in poor pain relief and can result in discontinuation of treatment.

A recent survey found that 19 percent of adult American suffer from chronic pain. Chronic pain is the most common reason people seek medical attention. However, only a small portion of physicians can recognize and manage neuropathic pain, which is more likely to persist in the long term.

Non-allopathic approaches are helpful for treating both acute and chronic pain, and have a robust body of evidence. There is a need to improve the education of clinicians on investigation techniques and mechanisms of pain. Currently, these topics are not widely covered in medical school.

See also  Does CBD Get You High Or Buzzed?

To investigate this hypothesis, a study used an experimental model of pain and compared smoked cannabis to placebo. The effects of the drug on the simplest pain-relieving measures were tested: subjective pain scores and plasma levels of THC and metabolites.

The results showed that smoked cannabis did not improve pain tolerance, nor did it significantly affect pain latency or acute painful thresholds. However, it did decrease the area of the neuropathic pain-producing response to capsaicin injections, but had no effect on the primary or secondary hyperalgesia elicited by the substance. In addition, it had no significant effect on the pain-related MPQ-SF score.

Overall, this study suggests that there is a window of modest analgesia for smoked cannabis. However, this is limited by the small sample size and the fact that most of the subjects in this study were chronic users of the drug.

As a result, this study should not be considered a clinical trial. Nevertheless, it provides a first pass at evaluating the analgesic effects of smoked cannabis on a clinical pain state.

Cannabinoids are a class of plant chemicals derived from cannabis. They have been studied and are used for pain management in a variety of ways. Some studies have demonstrated that cannabinoids work better for chronic pain than they do for acutely evoked pain. There is also evidence that cannabinoids can interact with opioids to produce a synergistic analgesic effect.

One study found that patients receiving the vaporized version of Cannabis and oxycodone had a statistically significant decrease in mean pain score, while the oxycodone only group did not. While the study did not demonstrate the clinical significance of this, it has raised the question of whether or not the combination of Cannabis and oxycodone is a safe and effective means of pain relief.

See also  The Impact of Cannabis on Mental Health

Another study reported that CBD increased the THC concentrations in the bloodstream, which in turn prompted a more potent analgesic response. It also showed that Bediol, a non-psychoactive component of the plant, significantly decreased pain scores by a factor of thirty. However, the pharmacodynamics of these two compounds were more complex than the interaction of the aforementioned active ingredients.

The best cannabis evidence has been a mixed bag. While there is good evidence that cannabis can alleviate pain, it has been associated with several negative side effects, particularly in elderly patients. A review of the research has shown that although there is no clear-cut answer as to what the optimal dosage is, the use of Cannabis is likely to be limited to the most severely ill.

Cannabis topicals are safe to use several times a day

Whether you have chronic pain or just want a quick remedy for your headache, cannabis topicals are a good alternative. They are non-psychoactive and safe to use multiple times per day, and they work by directly affecting your skin.

Topical medical cannabis has shown promise in reducing opioid utilization, and improving pain management in patients. However, it is important to remember that cannabis topicals aren’t a substitute for prescription medications.

Pain medications are typically prescribed for long-term use, and have a number of dangerous side effects. There are also concerns about using cannabis products while pregnant or breastfeeding.

While studies show that cannabis does reduce the intensity of pain, they don’t prove that it works for everyone. Many people are turning to cannabis as a substitute for other medications, though. If you’re interested in trying a topical, research it thoroughly to make sure you’re buying a product with lab reports. You can also check to see if the cream has additional ingredients that may improve absorption.

When choosing a topical, be aware that not all products have the same amount of cannabinoids. Some contain extra scented ingredients, which can make them smell like cannabis. To find a safe, high-quality cannabis topical, look for one that has a full spectrum of cannabinoids.

Generally, full-spectrum cannabis topicals are better than CBD-isolate products. But beware of creams that contain menthol, which may be difficult to get out of the skin.