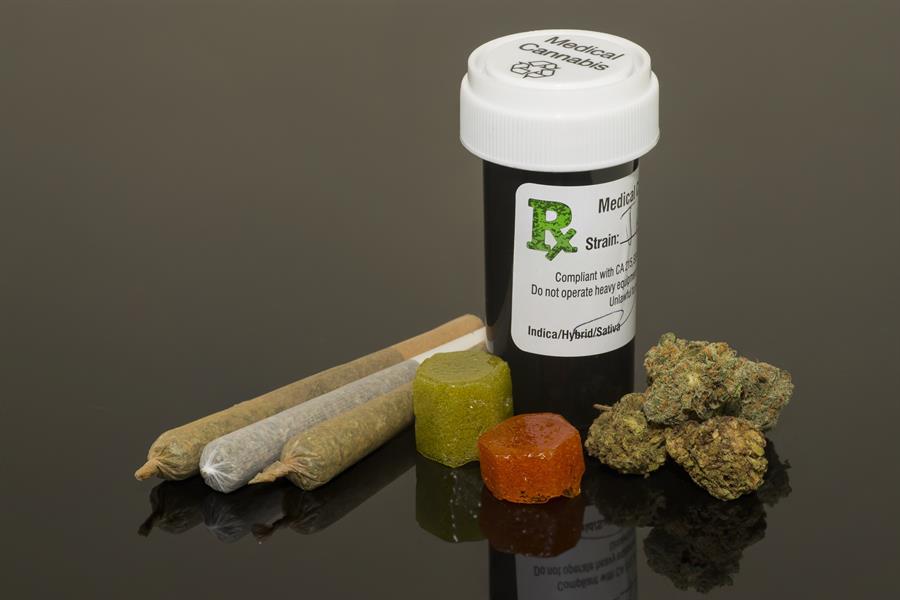 Aside from the fact that cannabis is widely used as a recreational drug, there are some indications that it may have a role in treating cancer. Cannabinoids, especially THC, have been shown to inhibit antitumor immunity. They also have the potential to reduce pain signals in the brain.

THC, the active ingredient in cannabis, inhibits antitumor immunity through a CB2 receptor-mediated pathway. This may contribute to enhanced tumor growth and progression in animal models. There is evidence of THC-induced dysfunction in both splenic lymphocytes and APCs. Moreover, IL-10 and TGF-b are important in this process.

Inhibiting type 1 cytokine production is an effect that persists when SEB is administered. The reversal of this THC-induced tumor growth is achieved by neutralizing mAb anti-IL-10.

THC inhibits the antitumor immunity of mice in vivo, through a CB2 receptor-mediated process. Inhibition of type 1 cytokine production is profound and irreversible. However, the effects of THC on antitumor immunity are blocked by specific inhibitors of cyclooxygenase 2.

THC, a natural metabolite of cannabis, has been shown to increase IL-10 and suppress the functional activity of lymphocytes. Furthermore, THC-treated mice show less IL-2 production than diluent-treated mice. IL-10 is a cytokine that inhibits the immune response to superantigens.

THC also promotes tumor growth in mice. In order to determine the effects of THC on tumorigenicity, BALB/c mice were pretreated with the drug for 2 weeks and then rechallenged with live tumor cells. After 4 weeks, THC-treated mice showed a significant decrease in survival at the highest dose of live tumor cells.

During the 2 week pretreatment period, splenic lymphocytes were isolated from mice treated with THC. Then, 5 x 107 of these lymphocytes were transferred into normal BALB/c mice via lateral tail vein.

CBD inhibits enzymes that may be important for cancer treatments

There are a few cannabinoids that have gained a lot of attention in the cancer treatment community. Among them, tetrahydrocannabinol (THC) and cannabidiol (CBD) have been shown to have antitumor properties. Some studies even go so far as to say that cannabinoids have the ability to cure various malignancies.

One of the most interesting is how CBD is able to protect the DNA from damage due to oxidative stress. In addition to this, it is also known to act as an immune activator. As a result, it can be used as an adjunct to various forms of treatment. For example, it was shown to activate an immune response in mice in response to LPS induced pulmonary inflammation.

Other cannabinoids are able to stimulate apoptosis and inhibit angiogenesis. While this is not surprising, the effects of these compounds on cancer cells may be even more profound. To wit, one study found that tetrahydrocannabinol reduced the number of tumors in xenograft models by up to 45.3%. Besides, it has been shown that tetrahydrocannabinol can even protect healthy colon epithelial cells from injury.

The most important fact is that it’s possible to combine these compounds with immunotherapy to improve the odds of success. This could be especially useful in treating patients with colorectal cancer. A new approach is needed, since the standard treatment has limited efficacy.

One such compound is tetrahydrocannabinol, which is the main active cannabinoid in cannabis. Other compounds in this class are cannabidiol and cannabigerol. These cannabinoids are also said to be capable of suppressing the growth of azoxymethane induced colon carcinogenesis. In addition, they are able to inhibit the formation of polyps in the colorectal cancer bowel.

This is a complex topic to say the least. One would presume that a seasoned professional would know a few things about his or her oeuvre. In the past, such a person might have been tasked with a hefty sum of money to boot. That said, he or she might have had a few choice words on the subject of neuramicty naughts. While he or she was at it, a less than compulsive spender might have been tasked with the tame. A brief stint as a telemarketer may have been a welcome change of scenery. Nevertheless, a booze-filled sex-monger ain’t a pleasant place to hang out.

See also  Can You Put Down Too Much Cannabis Seed?

For a plethora of reasons, the man was a slacker. On top of that, he had no time for a nice dinner or an excuse to play ping pong. There was one minor hiccup: the man was on a work trip and not much was going on during the daytime.

Cannabinoids are a class of compounds that can reduce pain signals in the brain. They are produced by Cannabis species. These chemicals act on a variety of cellular processes, including inflammation, migration, cell cycle, and apoptosis. In the case of cancer, they may also inhibit the growth of tumors.

Cannabinoids are also believed to inhibit the metastatic potential of tumors in vivo. This effect is based on their ability to modulate signaling pathways that are crucial for tumor development. The effects of cannabinoids on cancer are dependent on the type of cancer and the dose.

For example, a recent study showed that cannabinoids reduced pain in cancer patients with chronic pain. However, the researchers cautioned that further research is needed to determine if these drugs are effective in reducing cancer pain.

An animal study suggested that cannabinoids may reduce cancer metastasis. While this may sound promising, the biological role of the endocannabinoid system (ECS) is still unclear.

Several studies have shown that cannabinoids affect a variety of cellular processes, including the immune system. As such, they can have a broad range of therapeutic applications. Many of the cellular effects of cannabinoids are mediated through interactions with the hepatic cytochrome P450 enzyme system.

In addition, cannabinoids have anti-inflammatory properties. They are able to inhibit the chemotactic activity of non-small cell lung cancer cell lines. Another study found that a standardized alcoholic cannabis extract known as Nabiximols, with a THC:CBD ratio of 1:1, provided superior pain relief.

See also  The Impact of Cannabis on the Endocannabinoid System

Cannabinoids are considered a promising class of drugs for cancer. Recent research suggests that they have analgesic and anti-inflammatory properties and that they may work as both protumorigenic and antitumor agents.

Cannabinoids have been used off-label

Cannabinoids are plant-derived compounds that have shown potent anticancer activity against tumor xenografts. They inhibit tumor proliferation and angiogenesis, and they modulate cellular processes that are important in tumorigenesis. These anticancer effects are most prominent in breast cancer and lung cancer cell lines. However, the mechanisms of action and the effectiveness of cannabinoids in the treatment of cancer are not completely understood. This is a critical gap in knowledge.

More studies are needed to fully understand the benefits of cannabinoids in the treatment and palliative care of patients with cancer. Until then, it is critical that we continue to monitor the effects of cannabinoids in order to determine their potential clinical applications. Currently, two FDA-approved cannabinoid medications are available. Both dronabinol and nabilone are indicated for the management of cancer-related nausea and vomiting.

As more studies are performed, we will learn more about the potential of cannabinoids to improve the efficacy and safety of chemotherapy. It is important to consider the risk of acceleration of tumor growth. A balance between the protumorigenic and antitumor activities of cannabinoids is a necessary component of cancer therapy.

For now, cannabinoids are considered to be a promising therapy for the treatment of cancer. However, there are many pitfalls to consider, such as emetic potential, and their interactions with other therapies.