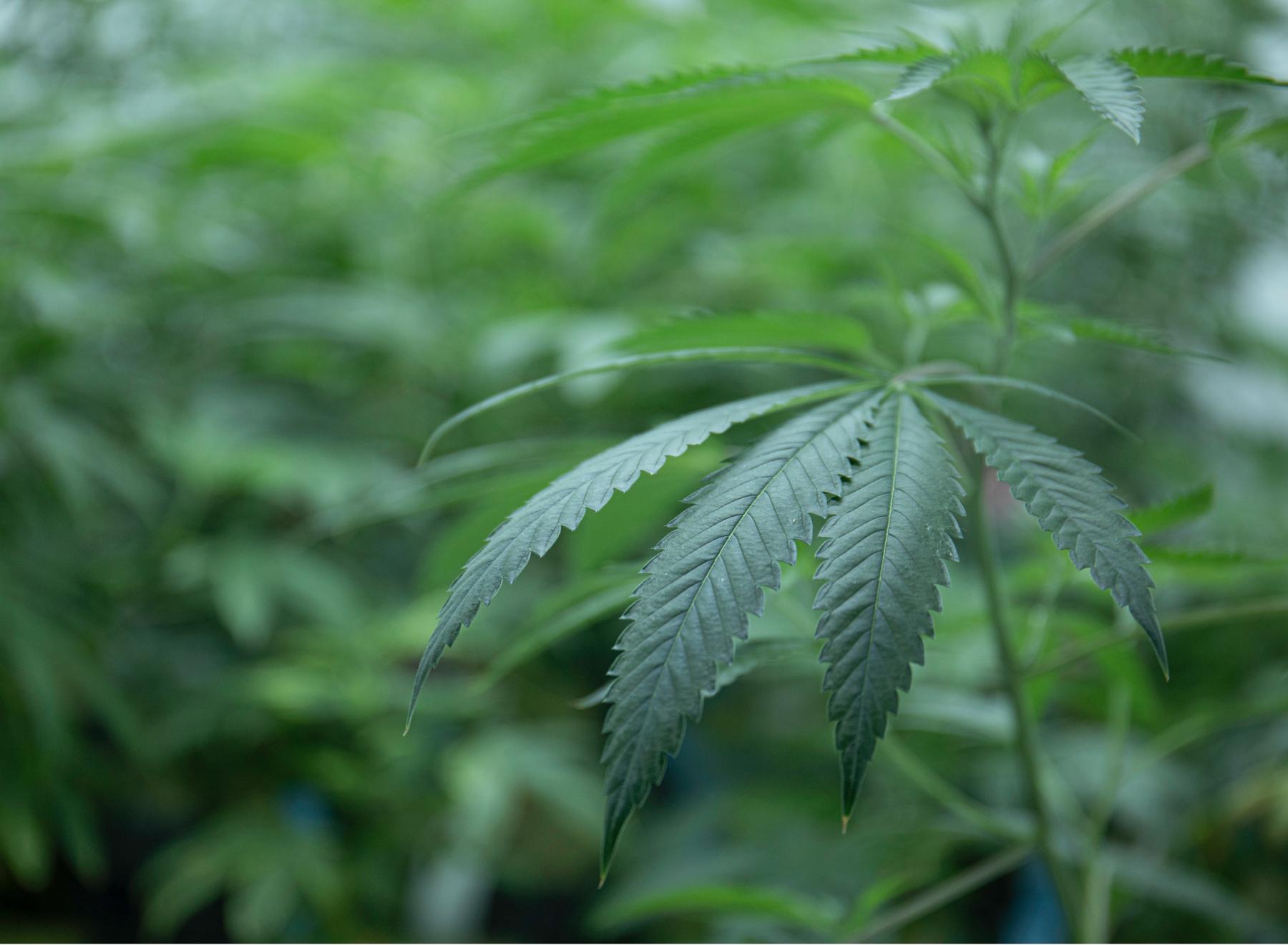 The potential of cannabis as a treatment for osteoarthritis is something that many people are interested in. There are many studies being conducted, as well as a few studies that are already completed that suggest that the herb is useful for helping relieve pain, and also can reduce inflammation. For example, the Journal of Neurology published a study that showed that patients who took a cannabis extract showed an improvement in joint mobility.

Arthritis is a debilitating condition affecting many people in later life. While pharmaceutical treatments have limited effectiveness, cannabinoids hold promise for rheumatology patients.

The endocannabinoid system in the mammalian body plays an important role in maintaining physiologic equilibrium. It is made up of fat-based neurotransmitters and includes receptors for cannabinoids, such as THC and CBD. These cannabinoids can modulate the immune system and help with chronic inflammation.

The mammalian endocannabinoid system affects the way the body feels, thinks, sleeps, eats and more. The endocannabinoid receptors can be found in the synovial fluid of the joints. Several studies have shown that cannabinoids can suppress the inflammation and pain associated with arthritis.

Research into the effects of cannabis on rheumatic diseases is in its infancy. Studies have been conducted in the Netherlands and the United Kingdom. However, the federal government’s prohibition of cannabis has hampered modern clinical research. In order to determine the safety and efficacy of cannabinoids for rheumatic disease, more pre-clinical studies are needed.

Researchers at the Global Healthy Living Foundation (GHLF) and the UCLA Cannabis Research Initiative reviewed the existing literature on cannabis and rheumatic disease. They also developed recommendations for rheumatologists.

See also  The Impact of Cannabis on Sleep

Preclinical studies have found that cannabis can reduce arthritic pain. However, the evidence has not been conclusive in human clinical trials. As with any medical treatment, there are risks. Therefore, patients and healthcare providers should discuss the risks and benefits of medical cannabis in the context of their individual conditions.

Cannabidiol (CBD) is a non-intoxicating phytocannabinoid from cannabis sativa that has shown promise in reducing pain and inflammation in pre-clinical models of arthritis. It also has analgesic, anti-oxidative, and anticonvulsant properties.

CBD is a phytocannabinoid that interacts with receptors that control the body’s inflammatory response. It inhibits neurotransmitter release and reduces the production of IL-6, IL-8, and MMP-3.

CBD has been used in a rodent model of osteoarthritis, but its mechanism of action has not been fully elucidated. Some studies have shown that CBD may work by targeting synovial fibroblasts, while others have shown that it works by suppressing cytokines.

A recent clinical trial conducted in patients with painful osteoarthritis found that topical CBD was well tolerated and offered some relief. During the trial, men and women who were given 250mg patches reported less pain compared to the placebo group.

Another study surveyed 200 patients with painful OA. One third of those patients reported using CBD daily. They preferentially used tinctures or topical products.

However, CBD is not a substitute for disease-modifying treatment for inflammatory arthritis. If you’re considering trying CBD, talk to your doctor first. He or she can help you find the right product.

The American Academy of Orthopaedic Surgeons (AAOS) recently completed a study of 200 patients with painful OA. After the patients were randomized, they were given CBD or a placebo.

This means that CBD could reduce pain and inflammation by slowing the progression of osteoarthritis. However, more studies are needed.

As CBD is not yet approved by the FDA, more research is needed to determine whether it is effective and safe. For now, patients who use it are encouraged to keep a symptom and dose diary to monitor the effects of the medication.

In addition, CBD is not recommended for pregnant women. Also, avoid eating high fat foods while taking CBD. High fat meals increase blood levels of cannabidiol, which can increase the risk of side effects.

For patients suffering from osteoarthritis, there is a growing body of evidence that cannabis-based medicines may be an important part of their treatment in the 21st century. Although cannabis products can help treat localized pain, scientific studies have shown that they do not work as effectively for more serious forms of arthritis.

Osteoarthritis is a degenerative disease that damages the cartilage in joints. Symptoms include pain and loss of physical function. Conventional prescription medications prevent damage to the joints. However, these treatments have limited efficacy and are often associated with side effects.

Medical cannabis is legal in Canada and is controlled by the federal government. Despite this, few physicians have become involved in the program.

In addition, participants were assessed for quality of life. Primary outcomes included sleep, physical function, and pain intensity. Secondary outcomes assessed pain-relieving medications and opioid use. Statistical analysis was performed to determine the improvements in quality of life symptoms.

The primary findings of the study were that cannabinoids are associated with reductions in pain. They also showed improvements in physical functioning.

The results suggest that combining cannabinoid therapy with conventional prescription medications can improve the patient’s quality of life. Patients who had tried CBD were more likely to participate in the study than those who had not.

Overall, the results show that CBD can help alleviate the symptoms of arthritis. This study also indicates that CBD has a unique immunomodulatory effect.

Until more studies are conducted, however, it is not yet known whether cannabis can be a suitable treatment for osteoarthritis. While it has shown promise in treating some types of arthritis, there are still many unanswered questions.

Cannabis is an effective adjuvant treatment for pain and nausea. Studies have shown that it can reduce nausea related to chemotherapy and opiate therapy. It has also been known to reduce dizziness and vomiting.

See also  The Role of Cannabis in Treating Crohn's Disease

In a recent CBS News national poll, 86 percent of respondents agreed with the proposition that marijuana should be legal for medical use. That number is higher among seniors. Many states have also introduced legislation to make cannabis available to those with specific conditions. However, federal law remains in place.

Federal prohibition on cannabis has resulted in a lot of misinformation. It has also limited modern clinical research, but the truth is that cannabis is a safe and effective treatment for a variety of medical conditions. A growing number of state lawmakers have passed legislation that will allow millions of Americans to benefit from its therapeutic properties.

Medical cannabis can help reduce symptoms and the side effects of traditional treatments. It is also widely recognized as an anti-emetic and can suppress nausea associated with chemotherapy and opiate therapy. The constituent components of cannabis have shown promise in fighting serious neurological disorders and tumors.

Patients with chronic pain can improve their daily functioning by incorporating cannabis into their treatment regimen. Cannabis can also help patients avoid dependency on high doses of opioid analgesics.

A number of studies have concluded that cannabinoid therapies may be an effective alternative to conventional pharmaceutical drugs. Several government studies have confirmed the safety and efficacy of cannabis.

States are now regulated by their respective governments to allow the cultivation and distribution of medical marijuana. Some states have even taken action to remove criminal penalties for individuals who use medical cannabis. Others, however, continue to prohibit the possession of marijuana.

As a result of these conflicting state and federal policies, all stakeholders are likely to be affected. This can include patients, physicians, pharmacists, and the medical community.

There are several measures that can be taken to influence the federal status of cannabis. One measure is to have the drug removed from the Controlled Substances Act (CSA). Another bill would allow states to decide whether or not to allow non-medical use of cannabis.

These bills are often tied to the states’ ability to regulate and enforce their programs. But in the end, they all fall short of ending the federal prohibition on cannabis.