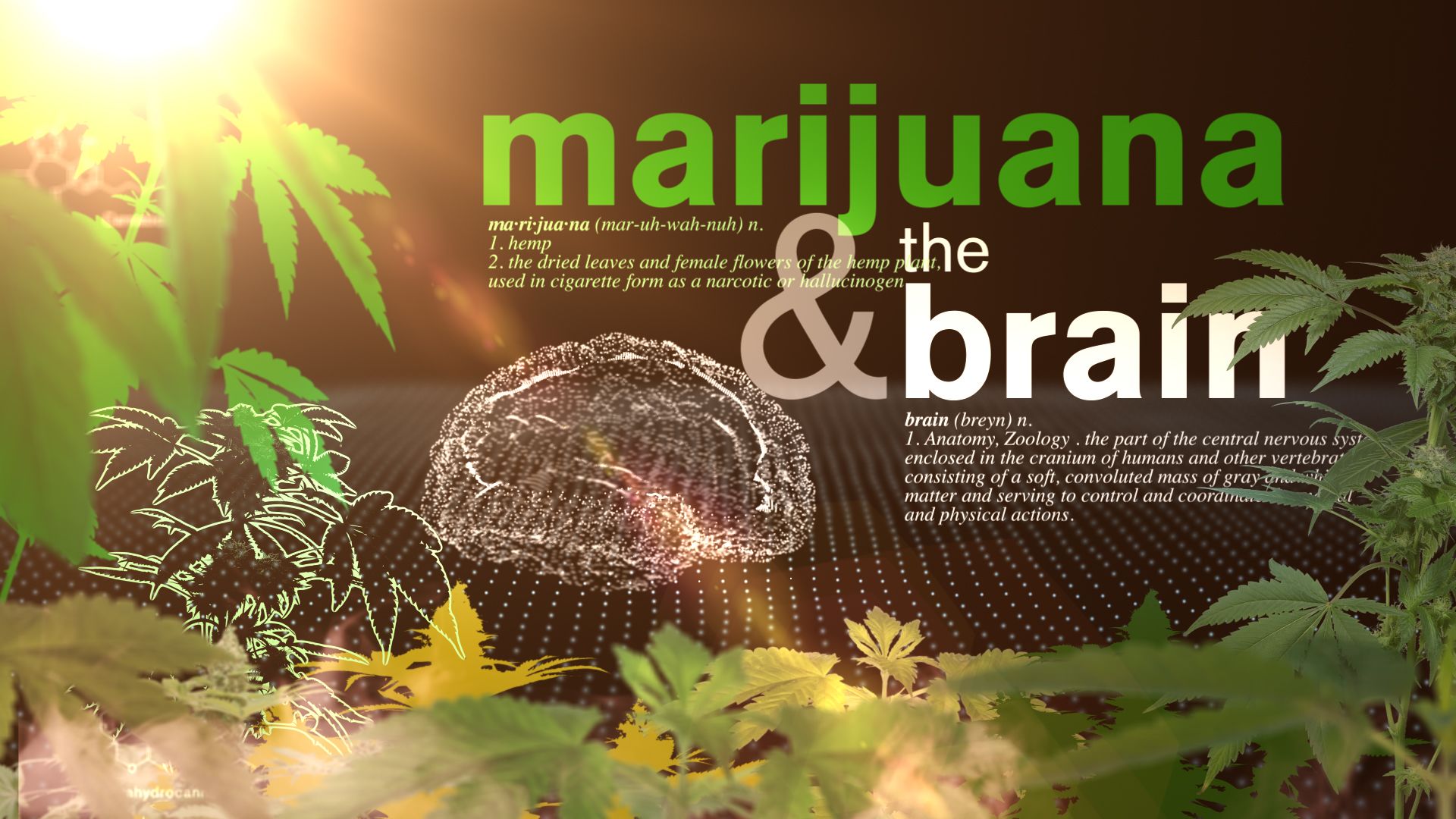 The relationship between cannabis and addiction is not only an interesting one, but also a very important topic for both individuals and medical practitioners. There are a few main areas to discuss and understand regarding this subject. It includes cognitive impairments, impulsivity, and psychotic or affective mental health outcomes. However, a long-term study is needed to accurately assess these factors. In addition, there is a need for behavioral therapy for the treatment of marijuana users.

Cognitive impairments are not uncommon with cannabis use. However, these deficits may not be obvious to users and treatment professionals. They may even be difficult to detect in a neuropsychological assessment. Nevertheless, these impairments can have significant effects on performance and interpersonal relationships. In addition, they are often associated with cannabis abuse.

Cognitive impairments from long-term cannabis use have not received a lot of attention. However, there are studies that suggest a connection between these deficits and heavy cannabis use. These deficits include impaired memory and executive functions.

The most notable cognitive function impacted by cannabis use is memory. Studies have shown that acute cannabis use reduces retention and latency. It also impairs working memory. Acute cannabis users also have impaired decision making and impulse control.

Other cognitive processes affected by cannabis include verbal fluency and risk-taking. Verbal fluency is the ability to generate letters in a specified time period. Likewise, a study conducted on recreational users of cannabis reported that users’ performances on an attentional task were inferior to non-users.

A meta-review comparing the acute and long-term effects of cannabis on cognition gathered information from a large number of studies. The results showed that the effects of cannabis were larger on memory than on visuomotor abilities. Similarly, there were a number of smaller but still significant acute adverse effects.

However, these deficits are only noticeable after a prolonged interval of abstinence. Despite this, short-term users do not experience the same degree of cognitive impairment as those in the large-scale study.

Impulsivity is a behavioural attribute characterized by the tendency to act without thinking of the consequences. Impulsivity is often associated with chronic drug use and is believed to be an antecedent behavioural marker for drug addiction. A variety of studies have been conducted to evaluate its relationship with cannabis use. However, a number of studies have not been able to identify the exact cause of impulsivity or to determine how impulsivity relates to substance abuse. This study aims to examine the relationship between problematic cannabis use and impulsivity.

See also  Can You Put Down Too Many Cannabis Seeds?

To evaluate the effect of impulsivity, participants in the current study completed self-report impulsivity measures. These included the Short UPPS-P Impulsive Behavior Scale, the Monetary Choice Questionnaire for a medium monetary reward, and the Short Happiness and Depression Scale.

The short UPPS-P Impulsive Behavior Scale is a four-point likert scale that assesses impulsivity. It has shown good internal consistency in previous studies. In addition, it has been correlated with marijuana use in the general population.

Several facets of impulsivity are commonly implicated in influencing drug behavior. Among them are positive and negative urgency, disinhibition, and sensation seeking. The positive urgency trait moderated the relationship between problematic cannabis use and depressive symptoms. On the other hand, sensation seeking was correlated with impulsivity.

Negative urgency is another facet of impulsivity. It is a rash reaction to emotional distress. Studies have shown that this trait is related to cannabis and alcohol use.

In addition to being associated with problematic cannabis use, negative urgency was a moderator of the relationship between cannabis and alcohol. High levels of NU were found in patients with cannabis use disorders, which may partially explain the association between MDD and marijuana problems.

Although cannabis use has been linked to psychotic disorders, little is known about the association between cannabis and affective mental health outcomes. The aim of the present study was to identify the risk factors associated with cannabis use.

For this study, the authors performed a systematic review of 35 studies examining the impact of cannabis on psychotic or affective mental health outcomes. The authors also conducted a network analysis to identify the unique associations between cannabis use and mental health variables. This approach is useful in understanding the complex relationship between environmental and substance use risks.

There are many potential underlying factors that might increase the risk of psychosis. Acute exposure, early trauma, and urbanicity are all potential early environmental risks. Combined, these factors are associated with psychosis and may lead to an earlier age at onset.

Although these factors have been shown to be associated with higher rates of psychotic disorders, it is unclear whether they contribute to the increased risk of developing psychosis. Hence, a more comprehensive approach to evaluate the influence of these factors on the prodrome and course of psychotic illness is necessary.

The most frequent cannabis users had a 2.1-fold higher risk of psychosis. Moreover, the association between psychotic disorders and daily cannabis use was stronger in adolescents.

Although the magnitude of the associations did not change over time, they were weaker in the most recent survey. However, this could be explained by the higher proportion of nonfrequent users.

Need for longitudinal and experimental studies

Although it’s easy to assume that all users of cannabis have the same level of cognitive abilities, the truth is that the potential effects of cannabis use vary widely. As a result, more research is needed to understand the behavioral effects of this drug.

A well-designed natural experiment can provide useful evidence that may be less expensive to perform than conventional experimental studies. In addition, it can provide an indication of the intervention’s effectiveness.

The best natural experiment entails a careful consideration of the limitations and strengths of the available design options. It also entails using the best design possible based on the data in front of you.

Similarly, the best natural experiment might entail examining the effects of different sleep patterns. For example, it might involve a study of the correlation between the time of day a teen naps and the amount of cannabis he or she smoked.

Another interesting natural experiment might involve a comparison of the age at which a teen starts smoking cannabis with the age at which he or she stops. While it’s not always possible to measure such variables, it’s not a bad idea to consider them.

See also  Is it Illegal to Possess Cannabis Seeds in the UK?

In addition, the best natural experiment can provide useful evidence about the efficacy of novel public health approaches to combating problematic use of cannabis. One way to accomplish this is to limit access to high-potency forms of cannabis. Limiting the availability of these substances might reduce the number of users of cannabis with adverse behavioral sequelae.

Marijuana addiction is an affliction that affects millions of Americans. Its signs and symptoms include acting out, sleeping odd hours, and not completing household chores. A person suffering from this disease may also exhibit problems with short-term memory, impulsivity, and social dysfunction.

Several behavioral therapies are available for treating cannabis addiction. These therapies focus on modifying a person’s thinking that is contributing to problematic behavior. Cognitive behavioral therapy (CBT) has been shown to reduce substance use in a number of studies. However, the effectiveness of these treatments is still uncertain.

The most promising medications currently being investigated are N-acetylcysteine and gabapentin. These drugs increase cannabis-like proteins and decrease withdrawal symptoms. Preliminary results indicate that these drugs may prove to be helpful in treating cannabis dependence.

While these treatments have been shown to be effective in other addictive disorders, there is little data on their efficacy in treating cannabis use disorder. Therefore, this study will use a mixed model to determine the efficacy of these interventions in reducing cannabis use.

Two intervention groups will be tested in this study: one with CBT and one with pharmacological treatment. Patients will be randomly assigned to one of these two groups. After 16 weeks, they will be re-evaluated.

Behavioral interventions for marijuana addiction have been shown to be useful in reducing the quantity and frequency of use. Evidence-based treatments include motivational enhancement therapy, cognitive behavioral therapy, multidimensional family therapy, and contingency management.

Researchers have found that these types of interventions produce the best abstinence outcomes. Additionally, these techniques are less expensive and more effective than other behavioral therapies.