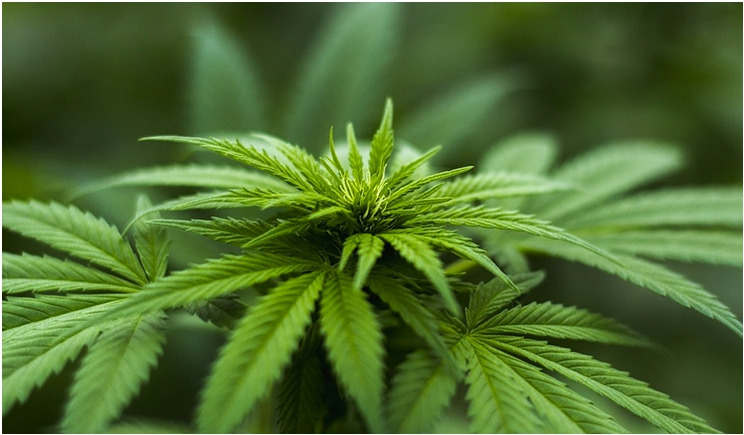 The role of cannabis in treating Crohn’s disease is an area of interest to many researchers, physicians, and patients. Several studies have found that the drug may have positive effects on symptoms, including inflammation, pain, and fatigue. However, more studies are needed to determine the long-term efficacy of the drug. In addition, the benefits of the drug depend on its dosage and the individual patient.

Symptoms may be relieved

If you are looking for a natural way to relieve symptoms of Crohn’s disease, you may want to try cannabis. It can help with inflammation, improve your appetite and can even help you sleep. The plant contains cannabinoids, which are chemical compounds that can help your body fight infection.

Several studies have shown that marijuana can help alleviate symptoms of Crohn’s. However, many experts believe that the results of these studies are not conclusive. This could be because the research has not been conducted on the right patients or because the researchers didn’t use the best formulations.

Until now, only a handful of clinical studies have been conducted on the effects of cannabis on Crohn’s disease. One study published in Clinical Gastroenterology & Hepatology in 2013 found that cannabis may ease some of the symptoms associated with the disease. Another, published in Annals of Translational Medicine in June of this year, showed mixed results.

Researchers evaluated inflammatory markers in the blood, in stools and in tissue samples. They compared their findings with medical records to determine the patients’ response to treatment. Only five of the 11 patients who took cannabis achieved a complete remission of their symptoms.

Most patients experienced a decrease in their CDAI score, a measure of the severity of their disease. Some reported a decreased appetite, while others reported improved sleep. Other symptoms included fatigue, fever and weight loss.

More research is needed to better understand the effects of cannabis on Crohn’s. Although a number of patients have reported relief from their symptoms after using cannabis, other studies have failed to show the same.

Some researchers believe that Crohn’s is caused by an abnormal immune response. By reducing the immune response, marijuana may be able to relieve the symptoms of Crohn’s.

There are a number of pharmaceutical treatments for Crohn’s. These include anti-inflammatory drugs, steroids and immunomodulators. Some studies have found that these medications can reduce the severity of Crohn’s and cause a complete remission of the symptoms.

Despite the limited evidence, researchers believe that cannabis can provide a natural way to help people with Crohn’s disease. But it’s important to discuss your options with a health care provider.

There are many anecdotal reports of the protective effects of cannabis in treating Crohn’s disease. It has been suggested that this herb can alleviate some of the symptoms of the disease, such as pain, nausea, and appetite. However, the question of whether or not this herbal medicine can actually cure IBD remains unanswered.

Patients suffering from inflammatory bowel disease (IBD) are increasingly experimenting with medicinal marijuana. In general, a significant percentage of patients use it to help reduce their pain and improve their overall mood.

A few small studies suggest that cannabis may relieve some of the symptoms of IBD. Some people even claim that it decreases their need for medications.

Despite some promising preliminary findings, there are still many gaps in the research. For example, researchers are unsure of the actual potency of cannabinoids. Also, the effect of cannabis may be masked by the side effects of other drugs and treatments.

The best way to find out if medical cannabis is right for you is to talk to your doctor. Before starting, it’s a good idea to take note of your symptoms and your dosing. When you first start using it, be sure to start with a very small dose. As you gain experience, you can increase your dosage slowly.

Several studies have found that the protective effects of cannabis in treating Crohn’s include improved appetite, decreased pain, and better quality of life. These findings are important because they point to the potential of a natural, drug-free therapy.

Statistical heterogeneity is defined as the presence of more than a random error in a study’s results. It is important to understand this concept in order to make the most of a meta-analysis. Specifically, the effect of an intervention will vary from study to study. This is usually due to patient-specific factors such as age, gender, comorbidity, and so on. Using these factors to predict the direction of the effects of an intervention can be difficult, especially when there is high heterogeneity.

Fortunately, there are several models to help alleviate this problem. One is the inverse variance quasi-likelihood (IVhet) model proposed by Doi and Barendregt. Another is the DerSimonian-Laird estimator. The latter is incorporated into MetaXL version 2.0. However, most meta-analyses are still stuck in the dark about this particular feat.

Heterogeneity in a review is largely dependent on the scope of the review. A more extensive review might include studies dealing with different interventions or addressing a variety of topics. Consequently, it is possible that the findings of a review might be obscured by the sheer number of studies involved.

One method to minimize the problem is to use the Tandem Method. This three-stage procedure involves identifying and quantifying the main components of a study, as well as performing a preliminary screening of the literature. When a study meets all of the above criteria, it is included in the review. In addition, the author should perform descriptive analyses on the selected studies.

There are also newer, more robust models of meta-analysis. For example, a recent systematic review of observational studies conducted by two independent investigators found that heterogeneity was the best-known pseudo-example of the medical marvel.

Although this study was performed on a small sample, the results showed that there was an order of magnitude difference in power when average levels of heterogeneity were present. To be more precise, power declined from an average of 80% to 63% for a medium sized effect and 56% for a small effect.

See also  The Effects of Cannabis on Athletic Performance

Despite its limitations, meta-analysis can provide a more nuanced view of the subject. Specifically, it can be used to distinguish between individual participant data and the aggregate effects of an intervention.

Inflammatory bowel disease (IBD) patients are interested in cannabis as a treatment option. However, there are many factors to consider before deciding to try it. Marijuana is still federally illegal, and there are legal and logistical barriers to accessing it. It is best to consult with your health care provider before experimenting.

Cannabis is composed of hundreds of compounds. Some are beneficial, while others are detrimental. For example, smoked cannabis may be harmful to those with Crohn’s disease. But there are many anecdotal reports mentioning the benefits of marijuana.

Larger scale studies are needed to establish the potential therapeutic benefits of cannabis in IBD. These studies must show objective improvements in IBD, and larger, double-blind placebo-controlled trials are necessary to ensure safety.

Many patients with IBD are at high risk for addiction, which may affect the results of their studies. Another factor is recall bias, which can occur when people forget or are not accurate with their memories. A lack of objective parameters to measure symptom improvement can also impact results.

An observational study in Crohn’s disease found a strong association between medical cannabis use and decreased disease activity. This was found in the short term and long term. Several other studies have shown similar results.

Another small study randomized 19 IBD patients to an oral CBD preparation or a placebo for eight weeks. Results were not statistically significant. The placebo group did not show changes in laboratory parameters, fecal calprotectin, or C-reactive protein.

Other observational studies have found that patients with IBD use marijuana to relieve their symptoms. However, they have not studied it as an anti-inflammatory.

Although these studies are useful, more research is needed. A large-scale, double-blind, placebo-controlled trial is required to establish a role for cannabis in the treatment of IBD. Until then, doctors should be cautious about recommending marijuana.