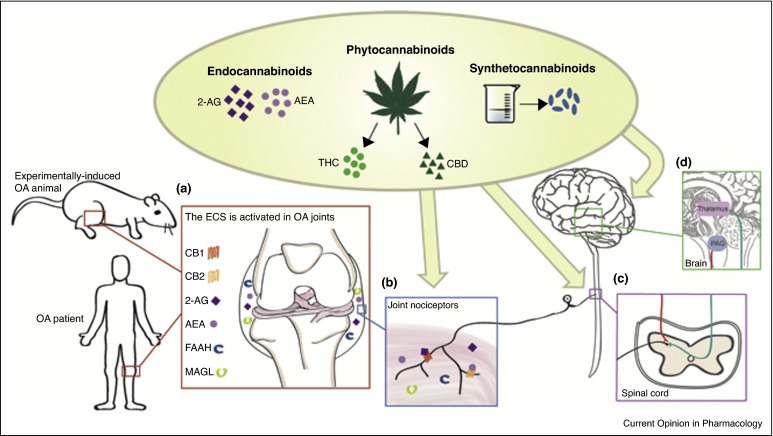 There are a number of potential benefits of using cannabis to treat rheumatoid arthritis. One such benefit is that the THC contained in cannabis is thought to reduce inflammation. Another potential benefit is that the substance may be an effective adjuvant to other anti-inflammatory drugs. However, there are a number of side effects associated with the use of cannabis.

Rheumatoid arthritis (RA) is an autoimmune disorder in which the immune system attacks the joints. It is associated with chronic pain, and the joints may be damaged and destroyed. CBD, a non-intoxicating phytocannabinoid from cannabis sativa, has anti-inflammatory properties.

Inflammation plays an important role in many diseases. The goal of treatment for RA is to alleviate the pain, maintain function, and prevent permanent damage to the joint. Several studies have suggested that CBD is a viable alternative for rheumatoid arthritis patients. However, there are limitations to the use of CBD.

Research has shown that CBD activates a receptor called the TRPV2 which reduces the production of matrix metalloproteinase. This reduces the inflammation that occurs in RA. Moreover, CBD has been found to decrease the adhesion of immune cells.

Using a mouse model, CBD reduced the amount of synovial fibroblasts. These cells are responsible for invading cartilage and bone. They release cytokines such as IL-6 and IL-8 which contribute to inflammation. Similarly, it also inhibited the migration of immune cells.

To further assess the effects of CBD, the researchers examined its impact on RASF, which produce high amounts of cytokines. Specifically, RASF produced high levels of IL-6 and MMP-3. Compared to controls, the RASF produced more IL-6 after a 72-h challenge with CBD. But concomitant incubation with a TRPA1 antagonist, A967079, decreased the effect of CBD.

The study concluded that CBD inhibited inflammatory response of RASF by reducing cytokine production, promoting cell viability, and preventing the migration of RASF. These effects are probably mediated by the activation of the TRPA1 receptor.

While the mechanism of action remains unclear, it is believed that CBD is a safe drug. If it is effective in reducing inflammatory conditions, it may be useful in treating a variety of disorders, including diabetes and cancer.

However, because of the potential for adverse side effects, it should be used as a last-resort treatment. When using CBD, it should be taken at a slow rate, and its effectiveness should be monitored.

THC may be appropriate as an adjuvant to other antirheumatic drugs

One of the most promising treatment options for rheumatoid arthritis (RA) is targeting macrophages. These cells play an important role in the disease and are thought to be the main contributors. The main goal of RA therapy is to slow down the progression of the disease and increase the chances of remission. Currently available treatments aim to reduce inflammation, alleviate pain, and prevent irreversible bone loss. However, the effectiveness of these drugs depends on the individual patient. This review explores different RA therapies and gives an overview of the latest literature.

Several drugs that inhibit the production of inflammatory cytokines are currently used to treat RA. Some of them include nonsteroidal anti-inflammatory drugs (NSAIDs), corticosteroids, and cell-targeted therapies. Although these treatments are effective in reducing inflammation and alleviating joint damage, they can cause serious side effects. There is therefore a need for new, alternative solutions to help improve outcomes in RA patients.

Recently, there has been increased interest in RNA therapeutics for RA. RNA is a form of genetic material that is expressed in the body. It can also be produced synthetically. Recent studies have shown that RNA therapeutics are promising alternatives to conventional drug therapies.

One potential RNA-based treatment for RA is a cannabinoid receptor 2-agonist. This compound, referred to as JWH-015, has been evaluated for its effect on pain and rheumatoid arthritis in animal models. Its anti-inflammatory properties were demonstrated by inhibiting the phosphorylation of TAK1 and IL-1b.

See also  What is the Price of 1kg of Cannabis?

Cannabinoid receptor 2 agonists may be appropriate as an adjuvant to other antirheumatic drugs in the treatment of RA. The current study demonstrates that JWH-015 can reduce bone destruction in rats with arthritis. Moreover, it can inhibit the production of IL-8, which can be considered as an effective inhibitor of IL-6.

THC may provide benefits in the treatment of comorbid conditions

THC, the main intoxicating compound of cannabis, provides a range of therapeutic benefits. In addition to its analgesic effect, it has also been shown to provide anti-inflammatory effects. Some studies have found that it may be beneficial in the treatment of rheumatoid arthritis and other comorbid conditions.

Rheumatoid arthritis is an autoimmune disease that causes inflammation of the joints and surrounding tissues. Patients with RA often experience chronic pain. Currently, most patients turn to opioids and anti-inflammatory drugs to control the disease. However, these treatments are limited and may not alleviate the condition entirely.

Studies in animal models of rheumatic disease have demonstrated the immune-modulatory effects of cannabinoids. Researchers have shown that cannabinoids inhibit the release of proinflammatory cytokines and decrease IL-10 production. Moreover, THC was shown to protect male mice against gastric ulcers induced by diclofenac.

There are many other rheumatoid arthritis studies in the works. This research will continue to provide more insight into cannabinoids’ potential in rheumatoid and other inflammatory diseases. Until then, it is important to remember that cannabinoids have been studied only in animals, so human trials must be conducted to assess their disease-modifying properties.

See also  Do Cannabis Seeds Germinate Better in the Dark?

Lastly, it is possible that combining THC and CBD can help reduce inflammatory reactions in the body. Researchers have also found that cannabinoids, specifically THC, protect against inflammatory injury at very low doses.

Rheumatoid arthritis (RA) is an autoimmune disease that causes inflammation and pain in the joints of people. Most people with RA suffer from a chronic pain condition that limits their mobility. However, there are several medications that are available to treat RA. Although these medications have many side effects, they can help reduce inflammation and minimize joint damage.

Cannabis shows great promise as a potential pain relief treatment for RA patients. Some studies suggest that cannabis can be used to control pain, reduce inflammation, and improve sleep. But more research is needed to understand the long-term benefits of cannabis for rheumatoid arthritis.

For rheumatoid arthritis, more research is needed to determine whether using cannabinoids and other cannabis-related compounds can improve pain, sleep, and quality of life. CBD, a nonpsychoactive substance, has been shown to improve sleep in RA patients.

Several preliminary clinical trials have explored the effect of cannabinoids on fibromyalgia and osteoarthritis. One such study was a five-week trial of nabiximols, a pharmaceutical-grade cannabis oral mucosal spray.

Compared with other forms of cannabinoids, nabiximols was found to have a moderate effect on reducing sleep disturbances and inflammatory problems. It also improved the quality of sleep for most patients. A study published in the journal Der Schmerz found that patients who used nabiximols reported improvements in their mental health.

Cannabinoids can be obtained legally. They are available in various forms, including coffee, tea, and oil. They can also be prescribed by physicians. As a result, they have become popular among those suffering from a chronic pain condition.

Despite the increasing popularity of medicinal cannabis, there are limited studies on the health effects of marijuana. These studies suggest that there are few serious side effects associated with cannabinoids.

For rheumatoid patients, cannabis can provide a safe and effective treatment option. If you’re considering using medical cannabis to manage your RA, talk to your doctor.