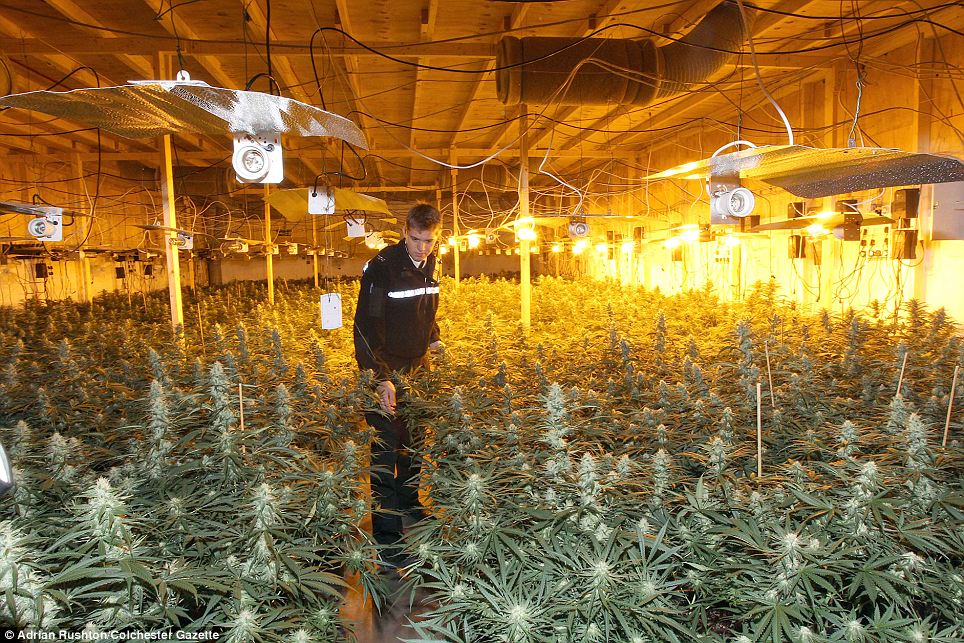 If you have been wondering where is the biggest cannabis farm, you should know there are several places you can visit. These farms have all been certified as legitimate businesses, so you can be safe and secure when you’re visiting one. Here’s a list of them.

Copperstate Farms is North America’s largest cannabis grow operation. They currently operate a 40-acre greenhouse in Snowflake, Arizona. Their operation is a vertically integrated company with two retail dispensaries, a commercial kitchen, and an extraction lab.

The company is planning to launch a new brand of concentrates. This will allow them to cater to different consumer needs. They will also roll out new products throughout the year.

Copperstate Farms has grown to be a national company with multiple product suites. They offer a variety of medical and recreational products. Its flagship dispensary is located in Sun City, Ariz. It is also a full-service facility that features a classroom and a cafe.

Copperstate Farms’ flagship dispensary offers an open-door experience to the community. They have also invested in a hydrocarbon extraction lab.

The company has launched a new cartridge brand, a value-driven product that is available at a competitive price. The team is aiming to increase their revenue growth in the second half of 2018.

Copperstate has plans to double their production capacity from forty acres to eighty. In addition, the company is looking for equity investments.

305 Farms is the largest cannabis farm in Michigan. This indoor grow facility will have a total of three buildings with a combined footprint of more than 200,000 square feet. The first building will have a lab, a rolling machine, and a commercial kitchen.

Located in the Van Buren County village of Lawrence, the farm will be built on 40 acres. In addition to cultivating marijuana, the farm will also process marijuana on the campus.

The farm will grow up to 80,000 weed plants a year. It is projected that remittances from the farm will reach eight figures per year. As for the number of jobs, the facility plans to employ up to 200. Those positions will pay a minimum wage of $20 an hour.

The first phase of construction at the farm includes 16,000 square feet of operations center. The second phase will include two additional buildings with a combined footprint of more than 200,00 square feet.

Hudson Hemp is one of the first licensed cannabis farms in New York. It is located on 2,700 acres of farm property owned by the granddaughter of John D. Rockefeller. The plant can be used for textiles, soaps, and bath salts.

The farm’s mission is to produce products that benefit the environment. To do this, Hudson Hemp uses regenerative farming techniques. This type of agriculture involves rotating crops, composting manure, and regenerating soil. By using these practices, Hudson Hemp is helping to remediate damage to the soil and replanting it with new, nutritious crop.

The company has also launched a line of hemp extract products. These products, which will be sold at higher price points, combine a broad-spectrum hemp extract with other plant extracts. They are packaged in minimal-waste packaging. Using regenerative farming techniques, the company hopes to bring an environmentally conscious industry to New York.

The farm is a member of the Small Farm Alliance of Cannabis Growers. This organization aims to help make the legal marijuana industry in New York more democratized, limiting the chances of a corporate takeover.

Los Suenos Farms is the largest cannabis farm in the United States. Los Suenos Farms, LLC is a cannabis cultivator, wholesaler, and distributor that operates under four different licenses. The company is currently located in Pueblo, Colorado.

Los Suenos Farms is located in the southwestern part of the state, where the climate is perfect for marijuana cultivation. However, Los Suenos Farms faces a lot of similar problems as other farms.

They have to comply with CO State regulations, such as the seed-to-sale tracking standards. This requires a lot of attention to detail and logistical efficiency.

One reason Los Suenos is so successful is because of its innovative business model. They produce a variety of products, from infused products to concentrates.

Many international eyes look to Los Suenos for guidance. For example, Canada is looking at Los Suenos’s innovations as they develop a recreational cannabis program.

Hexo Corp is one of the largest licensed cannabis producers in Canada. It has an extensive portfolio of products and brands. The company offers a range of products, including dried flowers, pre-rolls, vapes, concentrates, tinctures, and more.

See also  How Big Should Cannabis Plants Be Before Budding?

Hexo is a leading producer of medical cannabis in Canada. However, it is also a key player in the adult-use market. In the last three months of 2018, it held 10.7% of the Canadian market.

A new facility is being built in Gatineau, Quebec. This is a multi-million dollar project, which will include a greenhouse and water recycling system. With the addition of this facility, Hexo will produce up to 108,000 kilograms per year.

The Green Organic Dutchman (TGOD) is one of the largest cannabis farms in Canada. TGOD is a leading producer of high quality organic cannabis. In addition, TGOD has a presence in Europe and Jamaica.

TGOD will begin selling its products in Canada this year. It will focus on the markets that have federal legal frameworks for medical and recreational cannabis. They will also target additional European markets. TGOD’s products are expected to be available online in the recreational market by the second half of 2019.

TGOD is building two purpose-built hybrid greenhouses with a total size of 1.4 million square feet. These facilities will be among the largest LEED-certified greenhouses in the world. This will enable TGOD to produce ultra-low cost organic cannabis.

TGOD has recently invested $160 million in expansions of its facilities. TGOD’s current facility in Ancaster, Ontario, is 970,000 square feet. There are plans to build three new facilities in phases.

Mammoth Farms is one of the largest cannabis grow operations in the U.S. It began as a medicinal farm in 2014. Today it offers all sorts of marijuana products.

While New York’s recreational market is still in its infancy, producers are attempting to maximize their first harvests. In the first half of this year, over 200 licensed farms have opened to cultivate adult-use recreational marijuana.

Many farmers were hoping that a legal market would help them recoup some of the financial losses they had sustained during the CBD boom. But, a collapse of the CBD industry and a shift in marijuana regulations made that unlikely.

The biggest challenge for cannabis producers is keeping the plant alive. The growing process takes about three to eight months, and a grower must have the product ready to sell once it’s cured.

Mammoth Farms sells an array of products including flower, concentrates, seeds, vape cartridges, and edibles. All of their products are tested in state-licensed labs to ensure they meet the highest standards of safety.

According to the Cannabis Control Division, more than a million mature plants have been produced in New Mexico. This number is the result of over 100 businesses applying to become licensed manufacturers. However, some producers are taking a more cautious approach.

According to the Cannabis Control Division, there is plenty of product available to meet the demand. There are currently 35 licensed nonprofit producers of medical marijuana in New Mexico.

Ultra Health is the state’s largest cannabis company, with nearly 30 dispensaries and an array of products. They are also the top-grossing medical marijuana company in New Mexico. In 2017, they earned $10.5 million in total revenue.

The 154-year-old Scotts Miracle-Gro Company is the largest consumer lawn and garden products marketer in the world. Its subsidiary, Hawthorne Gardening Company, is a major arm of the company and has been growing to become a major player in the cannabis industry. In the first quarter, sales at Hawthorne were lower than expected.

But sales at Scotts Miracle-Gro’s core business have been better lately. Overall, sales were down eight percent. However, the company still earned a profit of $160 million on $3 billion in revenues.

ScottsMiracle-Gro is working with state governments to secure federal registrations for its marijuana operations. Meanwhile, it is focusing on building its balance sheet through acquisitions of cannabis companies.

Scotts’ parent company, Stifel, has taken a deep dive into the cannabis industry. In the last three years, the firm has invested $135 million in two California-based businesses.