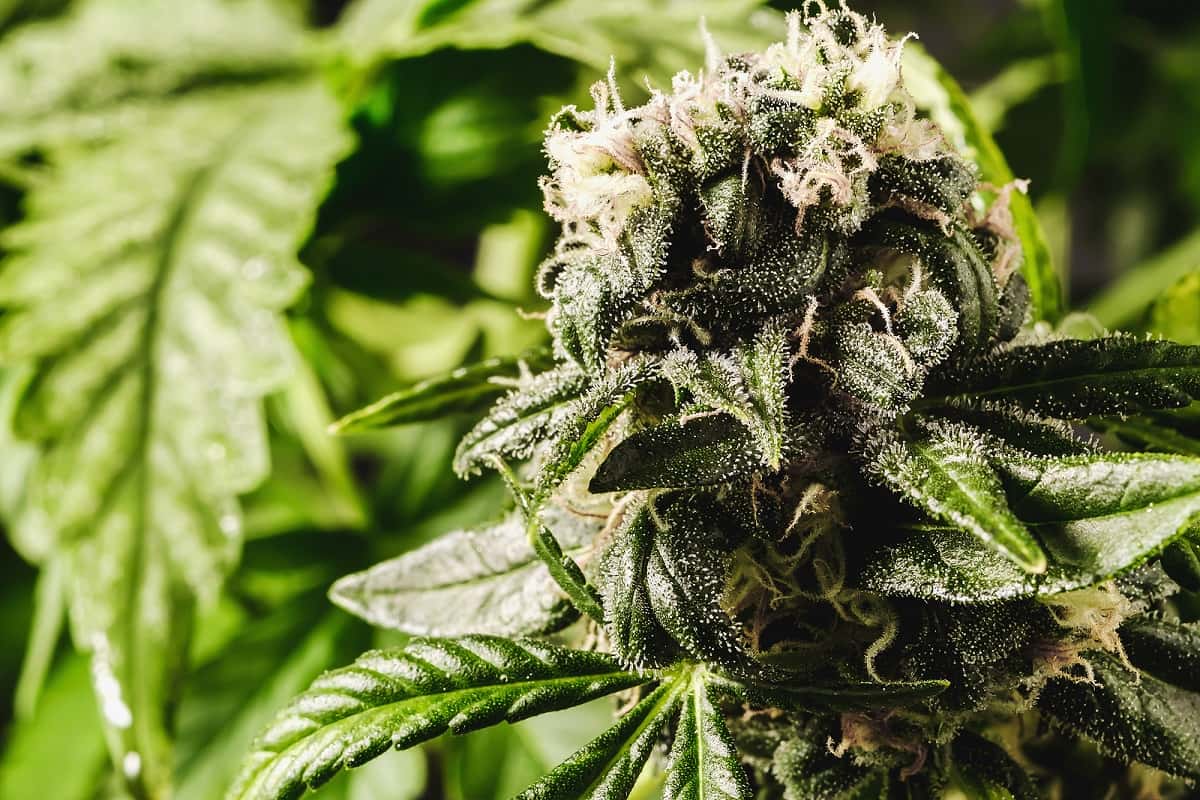 You may have heard of some of the top cannabis companies in the world. For example, Aurora Cannabis, Green Thumb Industries and Aphria. But which company is the biggest?

If you’ve been following the cannabis industry, you may have heard of Canopy Growth. It’s the largest cannabis company in the world, and it’s looking to dominate the market.

The company is based in Smith Falls, Ontario, and focuses on the treatment of chronic pain and muscle spasms. It also works in the emerging medical marijuana and recreational cannabis markets.

In recent years, governments have changed their views towards the legality of marijuana. This has made the industry more challenging. Companies like Canopy have had to revamp their approach to meet market demand. However, the firm has also struggled to keep its unit-level profitability intact.

It has had to restructure its operations, cutting costs and trying to boost its bottom line. Despite its successes, Canopy still has debt to pay. So, it is trying to get rid of that debt.

After reorganizing its business, Canopy has made a number of investments. One of them is a deal with Constellation Brands. They have a stake in Canopy in exchange for non-participating shares.

The company also recently bought Acreage Holdings, a vertically integrated, multi-state operator in the U.S. It has management services agreements with license holders. And it has invested in Jetty Extracts, a California-based extract manufacturer.

In addition to investing in its core cannabis business, Canopy is looking to expand into other sectors, such as the health and wellness consumer space. For example, it has been experimenting with THC-infused beverages in Illinois. It has also partnered with Fortune 500 alcohol leader Constellation Brands to distribute hemp derived CBD products in the U.S. Through this partnership, the company is reaching adult-use consumers through the Tweed brand.

Aurora Cannabis is one of the largest cannabis companies in the world. It is a vertically integrated company that works across various segments of the cannabis value chain. The company operates in 19 countries on five continents.

The company’s market cap is currently under $500 million. Although its top line has been growing in recent years, its bottom line is not yet profitable. In fact, its expenses are more than 228% of its quarterly revenue. This indicates that the company’s revenue is not on the rise in the near term.

Aurora has built a solid management team with several experienced and talented individuals. Moreover, the company’s board and management are focused on building strong shareholder value and achieving global leadership in the medical marijuana industry.

The company is also aggressively pursuing international growth. However, the timing of such expansion is still uncertain. A change in laws or regulatory approvals could have a negative impact on the company’s operations. Additionally, delays in obtaining regulatory approvals may delay the development of products.

Aurora has made several strategic moves to strengthen its executive team. For instance, in the first quarter, the company hired four new vice presidents – two in production and two in finance.

Additionally, the company acquired Pedanios in Germany in May. Meanwhile, it recently partnered with Radient, a company that provides high-throughput CBD manufacturing services.

Curaleaf is a cannabis producer and distributor. The company operates in 23 states and has 25 cultivation and distribution sites. It is also the largest cannabis company in the world by market cap.

The company is headquartered in Wakefield, Massachusetts and employs over 5,200 people. In early March, Curaleaf will report Q4 results.

In Q3, revenue was $317 million and margins were 46 percent. Curaleaf’s adjusted EBITDA for the year was $298 million. It finished the year with $1.2 billion in sales.

Curaleaf has an aggressive strategy to build its footprint in the United States. Currently, it has assets in Pennsylvania and New York.

The company is pursuing bolt-on deals to expand its scale in existing markets. Its focus on vertical integration will help enhance its margins. Additionally, it is seeking opportunities to expand its cultivation capabilities.

Curaleaf has a strong balance sheet. It has over $317 million in liquidity, which is the highest among cannabis companies. That cash should allow the company to grow organically.

While many large cannabis companies are focusing on the medical segment, Curaleaf is looking for growth in the adult use market. This will help the company increase its sales by almost $1 billion in the coming years.

In 2021, the company expects to generate almost 90 percent of its sales organically. And it’s positioned to capitalize on the east coast market turning to recreational.

See also  Should I Feed My Cannabis Plants Every Time I Water Them?

Earlier this year, Curaleaf acquired Oregon-based Cura Partners for $949 million. The deal was the largest US cannabis deal in history.

Green Thumb Industries is one of the largest marijuana companies in the world. The company has a large portfolio of branded cannabis consumer packaged goods brands. Besides retail, the company manufactures and distributes cannabis and medicinal products.

In the second quarter, Green Thumb reported revenue of $254.3 million. This includes sales from 77 retail stores located in thirteen states. Compared to last year’s second quarter, the company saw a 14.6% increase in revenue.

In the third quarter, the company reported revenue of $261 million. It generated $79.3 million in adjusted EBITDA and $10 million in net income. Both figures were impressive considering the high tax rate for the cannabis industry.

The company plans to launch a test phase of medical retail in 2023. For the quarter, the company had 19 new retail stores open. However, the company did not report an overall increase in traffic.

Despite the growth, Green Thumb still had negative cash flow in the quarter. Management explained that the increase in tax payments contributed to the loss.

On the positive side, Green Thumb reported stronger sales in Nevada, New Jersey, and Pennsylvania. The company also had a large inventory build-up in Maryland and Ohio. With more legalization in Florida, the company has the potential for more sales growth.

The Scotts Miracle-Gro Company is a lawn and garden supply company that has quietly invested in the cannabis industry for the past decade. It’s a great way to get involved in the marijuana market without owning a grower. But the stock has fallen in recent months, and investors are worried about narrower profit margins in the future.

Scotts Miracle-Gro recently announced a major restructuring. The company is closing one of its facilities in Hawthorne, California, to save money. As part of the move, it will take a $5 million restructuring charge. In addition, it will repurchase $50 million of its own stock in the second quarter.

This restructuring is intended to improve the company’s competitive position. Moreover, the restructuring is also designed to drive efficiencies. Ultimately, the company plans to acquire $200 million worth of acquisitions in the current fiscal year.

One of the largest companies in the US marijuana industry is the Scotts Miracle-Gro Co., which has nearly 5 million shares listed on the U.S. stock market.

Scotts Miracle-Gro has two primary divisions. One is focused on selling hydroponic products for the marijuana industry, and the other is for the lawn care business.

The Scotts Miracle-Gro Co is also the leading marketer of branded consumer lawn and garden products. During the most recent quarter, it posted sales of $176 million.

However, sales in the hydroponics division dropped 63%, compared to the previous quarter. And the consumer division saw sales drop by 14%.

With the announcement of a merger between Tilray and Aphria, the two companies are preparing to become the largest cannabis companies in the world. The combined company will be the world’s largest provider of legal, medical, and recreational cannabis products. It will be led by a top-notch management team and a board of directors.

As the biggest marijuana companies in Canada, the two firms will create a new, international behemoth. They will have the largest market share of the adult-use cannabis market in Canada and will also be major players in European medical cannabis markets.

In addition to their Canadian operations, the two firms operate in 10 other countries around the world. Their portfolio includes recreational and medical brands such as Riffe, Broken Coast Cannabis, and Good Supply. These brands are backed by consumer research and expertly-crafted insights.

According to a press release from both companies, the merger is expected to close in the second quarter of 2021. If approved, the new company will be the world’s largest in both sales and equity value. A 12-month revenue figure for the combined entity would be CA$874 million, surpassing the industry leaders.

Under the terms of the merger, shareholders of Aphria will receive 0.8381 Tilray shares for each of their common shares. The deal values the shares at a 23% premium to the December 15 closing price.

The merger also marks the latest in a string of recent deals for Tilray. Last month, it acquired hemp food and wellness brand Manitoba Harvest.